On Tuesday, we had 3991 new cases. The numbers are rising, but already we've reached the level of late last April/early May. Ring a ring o'roses, a pocketful of posies, atishoo, atishoo, all fall down. Maybe this rhyme isn't about the Great Plague, but it describes our experience of Covid-19 rather well. The ring of roses is the lung damage, the pocket full of posies are the ineffective measures taken by our world-beating government and the rest is obvious.

Deaths aren't rising as much as they did last March, which is excellent news and we hope that continues.

So what is our oven-ready government going to do? Probably nothing. The test and trace system has broken down over the fact that the pandemic is surging, a fact that could have easily been forecast by anyone with two uninfected brain cells. Dido Harding, who is in charge of this, has been as visibly absent as the test/trace system.

People are being told to travel to Aberdeen for tests; I suppose that's the nearest test site that isn't swamped. Obviously they should have installed major capacity on Rockall, which would be certain to remain unused.

And with this second wave, will our oven-ready government order another lockdown? I don't see how they can. The magic money tree has been harvested, so how would you pay people? And if you don't pay people, they face the choice of starve or defy the lockdown. 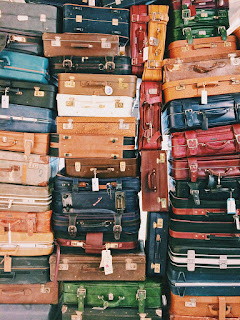