Wouldn't it be nice if, when someone got infected with Covid-19, they could tell everyone they might have infected? So they can avoid infecting others?

That's what test and trace is all about.

But we don't  have enough testing. Who could possibly have predicted that when the kids go back to school we would need a lot more test capacity? Anyone could, except our world-beating government. So people needing tests, are being sent hundreds of miles to be tested, and getting the results back up to a week later. Apparently, the problem is in the testing labs. Surprise surprise - we have enough cotton swabs. It's analysing them that is the bottleneck.

Last March, we were caught by surprise. We bought a load of useless testers, we didn't have enough of anything. It was so bad, we bought useless equipment from Trotters Independent Traders (no income tax, no VAT). But now we're six months older and wiser. And we still got surprised by the fact that, hey, you need lots of testing.

And then there's tracing. Last April, we bought a world-beating (Boris told us) tracing app from Trotters Independent Traders (no money back, no guarantee) which turned out to not only not work, but could never have worked (as many people told them at the time) because smartphones just didn't work the way they hoped. So that app was scrapped (no money back) and we fell back on phoning people and asking "Do you remember everyone you met in the last week?".

And now we've got another app, which will arrive in a couple of weeks (we're told), but won't be world-beating (I think Boris has learned not to use that phrase, along with oven-ready). We're yet to see A) if it works, and B) if people install in and use it. But if it works, and people do install it, let me be the first to point out that this will lead to a huge surge in the demand for testing, a point which I suspect hasn't been anticipated by the Big Brains of Downing Street.

And will people who are notified, actually self-isolate?

I might be the only person saying this, but I don't think that test and trace will ever work. And I wonder if our benevolent government thinks it will work. Because surely, if they thought that it could work, they'd actually have made it work some months ago? 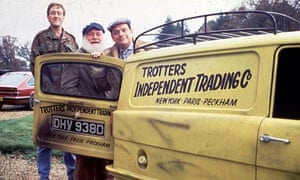