Day 182 of self-isolation - Breaking the law

Apparently, I'm about to break the law. Or rather, my country is.

We spent four years running in circles over how to leave the EU, and eventually, we came to an agreement in parliament, and with the EU, on the leaving treaty.

But there was a problem all along. Right from 2015, the problem was obvious. If the Republic of Ireland is a member of the EU, and we are not, then there is a land border between the EU and the UK. But the Good Friday Agreement that ended the Irish Troubles, promised that there would not be a hard border between the North and the South.

The "solution" was to have no hard border, but some kind of magic technology that meant that somehow, we could have a customs barrier between the UK and the EU without having an actual border. Maybe we'd issue customs inspectors with X-ray spectacles. It turns out that the magic spectacles haven't been invented yet.

So what we actually did, was put the problem into the "too difficult" drawer, the place where everyone puts things they can't handle right now.

Boris is now proposing to renege on the agreement we made less than a year ago. We're a sovereign nation, so we can break our promises. But what would be the consequences?

1) We wouldn't get a trade deal with the EU.

2) We wouldn't get a trade deal with the USA

3) Anyone thinking of doing any deal with the UK, will remember how quickly we can renege on a deal, making getting a deal much harder.

How come we made a deal less than a year ago that we now have to break, because we only just now realised the consequences? Or was it that we did realise the consequences, and knew all along that we'd be breaking it?

And what will happen if parliament refuses to break international law?

How did we get into this mess?

Who are these idiots in Westminster? 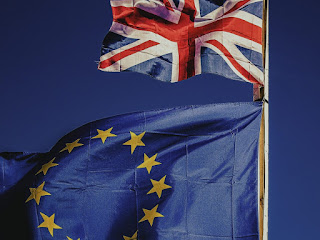