Trump is still claiming that there will be a vaccine really really soon. He's half right - there are 150 vaccines right now, but they're still all under test.

You have to test a vaccine really really carefully, because you're going to be giving it to billions of people. So even a tiny percentage of bad outcomes can hit many people, and we all remember the thalidomide disaster. If you don't remember that, go look it up.

Vaccines are tested in three stages. The first stage is to check that it really does something; stimulates antibodies, for example. That test could be on animals, or volunteer humans. The second stage test is on several dozen healthy young people, to see if there are any negative consequences (apart from a mild reaction), and to confirm that it stimulates the immune system. Then the third stage, where you do a double-blind randomised trial (neither the patient nor the doctor administering the vaccine, knows whether this is the vaccine, or a placebo). And then you expose several thousand people to the virus, and measure the effects. It would, of course, be unethical to deliberately infect people, so this is done in a location where they are very likely to be exposed to the virus in their everyday life; a country where the virus is widespread.

The Russian vaccine, which has been claimed to be operational, has actually been tested on just 76 healthy young people. That isn't a stage three trial. Let's wait till that's happened. But China and Russia have gone ahead with limited approval without waiting for the phase three outcome.

There are currently nine vaccines in phase three trial. Moderna, started on July 27, as did Pfizer. The University of Oxford vaccine phase three trial started at the end of May, and will total 50,000 participants. The BCG vaccine is very old (I had one many many years ago) and it's now being tested to see if it also protects against Covid-19. All the other vaccines are Russian (one) or Chinese (four).

Research has shown that wearing a mask doesn't only protect other people from your virus shedding, it also protects you. The mask isn't 100% effective (not much in this life is), but even in an environment laden with virus particles, it reduces the number that you inhale, thereby reducing your viral load. And viral load is a predictor of mortality. So, if you breathe in fewer virus particles, you're more likely to be asymptmomatic, or have mild symptoms.

Corticosteroid treatments (such as Dexamethasone) reduce mortality in critically ill patients, from 41.4% deaths (without the treatment) to 29% with the treatment. Dexamethasone is one that has been tested; there are others. These can be taken by inhalation. And they are cheap and widely available - I was prescribed corticosteroid when I had a heavy chest wheeze, and I'm still on that. 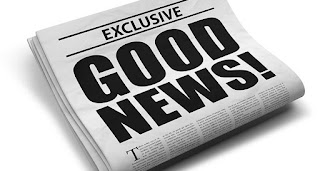