It stopped with prejudice - the breaker tripped. When I reset it, the hob still didn't work. It's showing an error message. Various key combinations and resets didn't help - there's something wrong deep inside.

So ladysolly called Miele. They said that they can't attend until September 18, which is more than two weeks away. After some discussion, she called them again; no change, except that if there's a cancellation, they'll fit us in.

That's terrible. Miele is supposed to be high quality; they certainly have high prices. So what do we do meanwhile?

Ladysolly remembered that we have a portable electric hob; she went up to the top room to find it, but the expedition failed. So she called a local electrical shop, and bought a new one. Then she tried the top room again, and this time, there it was! So she was able to cancel the new hob.

So for the next two weeks, cooking is hobbled by the use of a lesser hob. 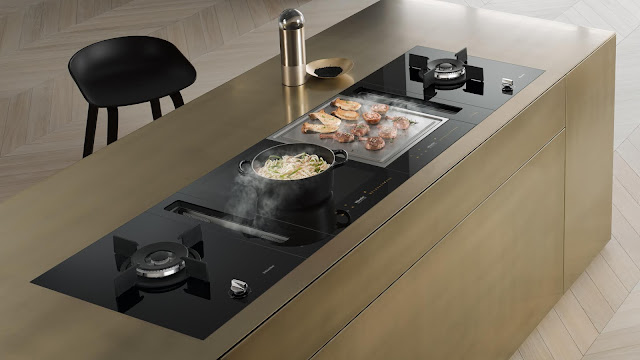