How to pay the bill?

We have spent a truly huge amount on fighting Covid-19. This has been funded, in the short term, by borrowing. But how are we going to repay the loan?

There are two possible ways. One way is to reduce public spending, but that is unwise in the middle of the worst recession in a very long time, and it will be hugely unpopular. The other way is to raise taxes.

First, we should soak the rich. I think a "mansion tax" would be a good idea, but there is a limit to how much you can get by squeezing the rich, on account of there really aren't that many rich people, and on account of if you make taxes high enough, they will flee to countries with lower tax rates. My favourite bolt-hole would be Ireland.

Then we have to raise a lot more in tax. There's a proposal to raise corporation tax from 19% to 24%, and that would help. Another route would be to raise the rate of taxation on capital gains, perhaps to the same level as the taxes on income.

People also talk about a tax on the internet companies that seem to do a lot of business in the UK, but seem to pay very little tax, and they do so perfectly legally, because the taxation systems of different countries are different, and the international company is able to organise things so that the profits that they make, are made in low-taxation countries.

But that doesn't get them out of paying VAT.

So here's my proposal. Let's have a VAT on internet sales, which could be the same as ordinary VAT, but payable over and above that rate. So, if you bought a TV over the internet, instead of paying 20% VAT, you would pay 40% VAT.

What would be the effects? Food and children's clothing is zero-rated, so no effects there. Companies like Amazon and Google would have to pay a lot more tax in the countries where they are actually operating, and would have less to shuffle around to low-tax countries. It would level the playing field between High Street sales (where the shops are paying a building tax (called rates)) and internet sales, where the warehouses are in cheap locations.

Currently, internet sales are 30% of total retail sales and the long-term trend is upwards, so we are talking about a large chunk of revenue. Individuals could easily avoid the internet tax by buying locally, or benefit from the convenience of internet shopping by paying the extra. 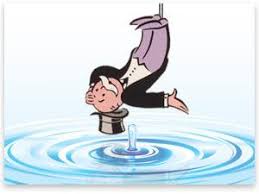