I realise that this might be a sensitive topic for some people, but the fact is, obesity has become a political issue.

Obesity probably does not affect your likelihood of being infected, but it does have an effect on the severity of the disease.

There are other factors, such as age, skin tone and gender, but there's not much you can do about those. Smoking is also a negative factor, but today, in the UK, only 15% of people smoke.

But 29% of adults in the UK are obese, and 36% are overweight, so maybe it's worth doing somethng about that.

In the case of smoking, the last several years has seen many initiatives against it, and that has brought the percentage of smokers down from 50% to 15% over the last 50 years. Clearly, the various advertisements and other government initiatives, have worked. I'm lucky - I didn't have to give it up, because I didn't start.

Now the UK government is setting its sights on obesity, and is starting various initiatives to reduce that. For example, menus will have to show calorie estimates, "junk food" adverts will not be allowed until after 9pm, and so on.

And it's worked already!

I knew that my weight is more than it ought to be, and I knew that if I get Covid-19, that will make it worse for me. And I knew that I ought to do something about it. I have been trying to lose weight, and I have, slowly, been getting lighter. But this initiative has incentivised me to try harder, and I will be reducing my calorie intake, in an effort to make a smaller impact on my bathroom scales.

I think that there's another way to incentivise people to lose weight. This is just a personal opinion, but I think that if I publicly report my weight, that will nail my colours to the mast. So, as of this morning, I was 104.3 kilograms. And I'll report my weight from time to time. This gives me an extra incentive to lose weight successfully - each time I look wistfully at a piece of cake, I'll remember that I'll be reporting on failure if I succumb to temptation.

If anyone else wants to join me in this effort to lose weight, you'll be welcome. 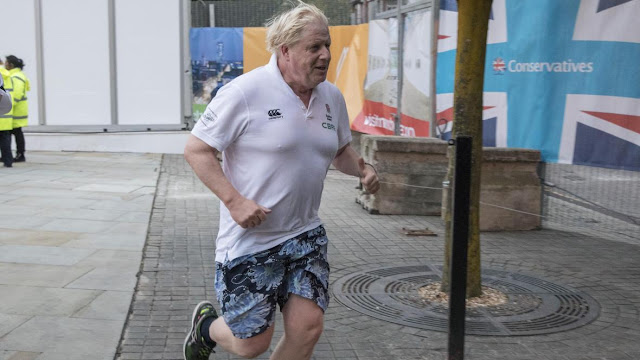