Day 133 of self-isolation - sack the experts!

I've noticed a lack of trust in expertise. This has been increasing for some time, and in America it has reached epidemic proportions. Many people genuinely believe that watching a bunch of Youtube videos, makes you better informed than someone who has been studying a subject for several years. It's called "doing your research".

In America, medical experts are being ignored in favour of politicians. People don't even know why a double-blind randomised clinical trial is a good idea.

We are very good at fooling ourselves; wishful thinking. You hear this all the time, "If you build it they will come", "Never give up", "Don't stop following your dream". One of the main  benefits of the scientific method, is to stop us from fooling ourselves, from confusing what we want to be true, with what actually is true. That's why a claim by a West Texas doctor to have found a "silver bullet", because he gave nine patients this medication and it worked, has to be tested - you can't just take his word for it. Nullius in verba.

I first noticed this 30 years ago, on usenet. There was a debate over some particular aspect of how computer viruses worked, and after some to and fro, someone called for a vote. I watched, horrified, as this technical issue was decided by people who didn't have the technical knowledge to have an informed opinion, and yet they had an opinion and voted. 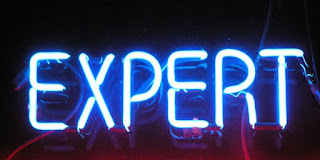 The  strain in Spain is mainly in Catalina

The Spanish quarantine is going to have a very large effect on foreign travel. It came down with very little notice, and now everyone who went to Spain for a holiday, can look forward to 14 days quarantine when they get home.

So, what if you were thinking of going to Italy? Or France? You'd book it a fair while in advance, and you run the risk of a ban coming down while you're away. This has to act as a depressing force on foreign travel.

And during those 14 days self-quarantine, you don't get sick pay, because you aren't sick, which sounds very unfair to me.