Day 127 of self-isolation - A vaccine and a treatment


A vaccine and a treatment

It's a protein called "interferon beta", which the body produces naturally when infected with a virus. It's used for antivirus treatment via injection. Synairgen (founded by three professors from the University of Southampton) are offering this drug SNG001 - it's inhaled into the lungs of a patient using a nebuliser. I've used a nebuliser, it's a very simple thing to use. You just breathe in through this mouth tube which has droplets. The one I used was plain water, but this treatment includes the drug, which gets straight to the lungs.

So in a randomised double-blind (meaning that neither the patients nor the doctor knows who got the drug and who got the placebo) trial of 100 hospitalised volunteers and 120 home patients, half got the drug, half got a placebo. It cut the odds of the patient developing severe symptoms by 79%. And patients were two or three times as likely to recover to the point of being normal again. Also, the time needed in hospital was cut from nine to six days.

Three subjects died after being randomised to placebo. There were no deaths among subjects treated with SNG001.

Synairgen will be able to produce hundreds of thousands of doses per month by winter.

The full results have not yet been published, and peer review has not yet happened.

The Oxford University vaccine is still looking good. In phase one and two, on 1077 healthy adults, there were usually minor symptoms such as fatigue, headache, and local tenderness, but paracetamol was enough to handle them.There were no major problems.

Neutralising antibodies were generated in more than 90% of participants up to 56 days of observation. T-cell responses were induced in all participants.

The UK has dibs on 100 million doses of the vaccine; in a population of 68 million, that should be enough! But 25% of people say that they might refuse to be vaccinated.

Some advice to our politicians - set a good example and be the first to take the vaccine. Unless you have a valid medical reason not to take it. That one demonstration of national leadership would improve the acceptance of the vaccine enormously. 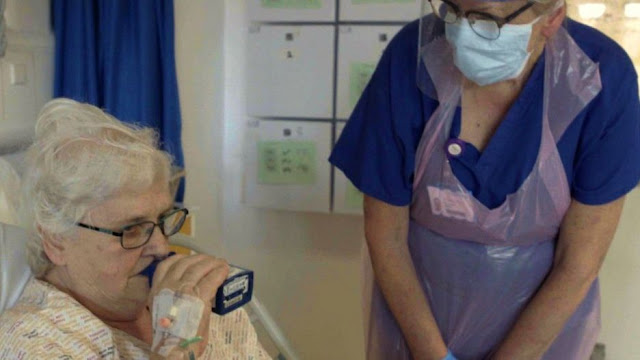