120 days. Four months. Four smegging months. It's taken four months for the geniuses in our government to work out that if people put cloth coverings over their mouth and nose, it makes it harder for the virus to spread, and costs nothing. Four months while they sway to and fro, always pretending that "we are following the science", which has become a prayer akin to "Our father that art in heaven" and is just as effective.

And still they can't get the story straight. Still, half the senior ministers contradict the other half, and Bojo sits carefully on the fence, just like Jeremy did over Brexit.

Which reminds me - what's happening about Brexit? All I hear is about talks breaking down, and an "Australia deal", which actually means no deal at all. And investment in the friction-generating borders with the EU so that we can pay for a huge number of civil servants to service the necessary paperwork that was unnecessary until we left the EU. And an immigration policy that ensures that care home workers are not allowed in.

And how are we going to finance this immense expenditure over the last four months? I'm not saying it was wrong to pluck the magic money tree, but where's the money to come from? Borrowing, of course. And inflation. And taxation. I expect all three.

Meanwhile in America, refrigerated trucks are parked outside hospitals in Arizona and Texas, and they aren't there to deliver ice cream. Admiral Brett Giroir, the senior medic in the US Navy, is saying that this pandemic won't be controlled until 90% of Americans wear face coverings, while a substantial percentage of Americans - the Karens and the Jimbobs - refuse to wear masks because it will stop them breathing, or blow the viruses back into their mouths. Or something. Freedom.

And the vaccine that we're hoping will come along this autumn? Already the antivaxxers are out in force. The main claim is that at the same time as vaccination, a marker will be implanted under your skin. Other excuses are: the flu vaccine makes it more likely that you get Covid-19, the vaccine hasn't been adequately tested (that one is actually true, as of July, but by the time it's made availale to the public, it will be). And if you're Muslim, there's the fact that vaccines aren't 100% effective, so accepting a vaccine is gambling, which is haram. Yes, really.

Even in the UK, there seems to be a reluctance to accept vaccines (known as "vaccine hesitancy") and I just can't imagine where this came from. No, actually I can. It comes from the dramatic success of vaccines. If we had smallpox sweeping the country every few years, thousands of cases of polio and TB, and the vaccines were only available via a lottery, you'd find vaccine hesitancy would vanish as if by a miracle.

Do the antivaxxers matter? Only a bit. There might be people who genuinely can't be vaccinated, although this is less likely with an mRNA vaccine than the older kinds. It means that there will be a reservoir of infected people for ever, and we'll see this virus for many years to come, just like seasonal flu.

Remember "It will go away in the hot weather"? Well, it didn't. As could have been predicted from the fact that back in February-March, it was doing just  fine in the southern hemisphere. This virus spreads mostly from mouth to mouth (including noses) and when in winter we all go back to huddling indoors together, it will rejoice in our togetherness and eat our lungs.

But there's some sparkles of light. Now we know that the cytokine storm can be ameliorated by dexamethazone (but only  cutting the risk of death from 40% to 28%) and the problem of microclots in the blood can be dealt with by heperin. We do have a better treatment for the disease Covid-19 than we had a few months ago, but only a bit better. And, of course, the Oxford mRNA vaccine is on the horizon, maybe available this autumn.

But not for antivaxxers. 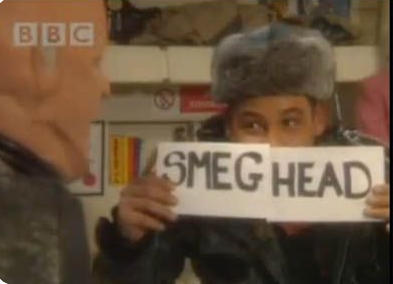