Day 91 of self-isolation - God save America


California has a population of 40 million, comparable in size to the major European nations. What's happening there? 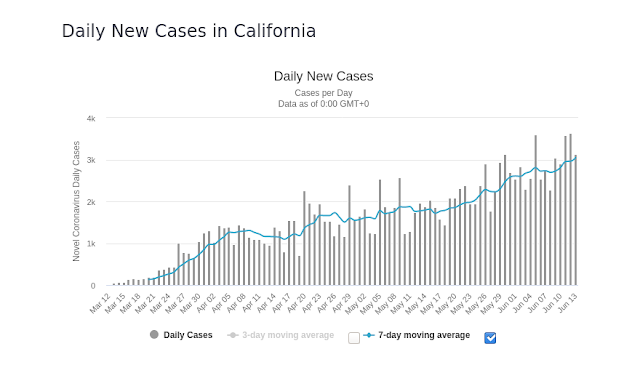 A steady rise in infections. It doesn't look like a pandemic under control. What about the whole of the USA? 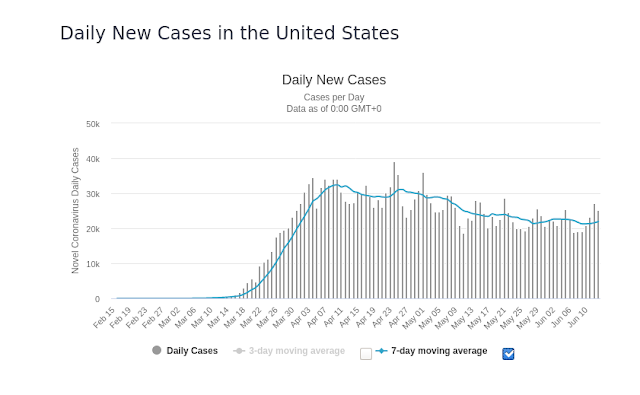 A slight down trend, but that's mostly because New York state has brought their numbers down so much.

And now, the USA is opening up the lock down. What will happen, and when?

It looks to me like a race between the virus and the development of the vaccine, which might happen in September 2020, or could happen a year later. Or not at all.

So that's the pandemic.

Now let's add the economy. The response to the pandemic has been to close a large amount of the economy. As a result, unemployment is now at 13.3% (the normal rate is between 3 and 4%). This has been really tough for a lot of people.

And then George Floyd got murdered, leading to a widespread understanding that the racism in America has to be addressed; protests, demonstration, and some riots.

Put yourself in Donald Trump's shoes. He was confidently expecting another four years of presidency, but in 2020 the wheels fell off the bicycle. 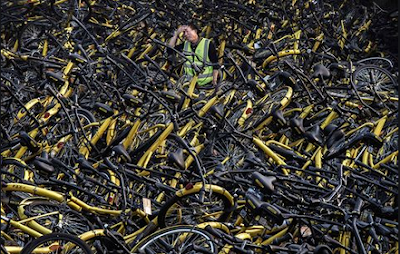 November is five months away. Trump is in troube. What will he do when he loses the 2020 election? What will his supporters do - they're already claiming that the election is rigged.

And they all have guns.

God save America.
Posted by drsolly at 00:43