A New World Order
It's not so much that Covid-19 has changed everything - it's that our reaction to it has forced us to rethink many things.
Take food, for example. We've been getting a weekly food van. The big disadvantage of that is that some of the fresh food has a use-by date only a few days away, but the big advantage is not having to trek to the supermarket. Maybe we can get the best of both worlds, post-virus, by having a food delivery twice per week.
Take haircuts. I have an electric barber's trimmer. Do I really need to schlep down to the barber each year for a professional cut that leaves me looking like a sheared sheep, pay out £20, and then schlep home? And some people get trimmed more often than I do. When the hair cutters reopen, they might find less business available than before.
A lot of people have bought electric bikes. Even more people have access to the Lime rent-an-ebike system. Will the usage of cars be permanently diminished?
A very large number of people have found that they can work from home. OK, you miss the hurly-burly of office social life, but maybe many people could work from home 80% of the time, and only commute one day each week? If so, the demand for transport and for office space will fall dramatically.
Is your journey really necessary? Do you really have to attend that meeting or conference in person, or can you Zoom it? Yes, many things require personal attendance, but many don't.
Yesterday, I consulted my doctor for something minor. Last year, I would have had to attend in person, with the concomitant inconvenience and infection risk. But yesterday, we had a phone call, it lasted just a few minutes, and dealt with the issue (a repeat prescription issue). Last year, there was no such thing as a telephone consultation. I think that, post-Covid-19, telephone consultations will still be available. Yes, I know that they aren't always suitable, sometimes the doctor needs to see you in person. But quite often, he doesn't, and it's better all round if that is also a possibility.
Ladysolly was worried about her throat. Last year, she would have had to book an appointment, open her mouth, the doctor would have shone a light down it and inspected it. Instead, I took a photograph using the flash, she sent that to him, and he was able to see what he would have seen the old way. I turned out, nothing was wrong.
Changes that were already happening gradually, have been forced to happen immediately. Systems have been devised, infrastructure put in place. Things that we might have done gradually over the next 20 years, have happened all at once, and will we really want to go back, entirely, to the old ways?
Look at all the changes we've already seen. The daily milk delivery, once thought essential, no longer exists. Horses are no longer to be seen in most city streets. The steam locomotive has become a museum piece. The old Bakelite black rotary dial phone, once ubiquitous, is now an antique rarity. You can't buy a monochrome TV, or an TV with a cathode ray tube.
Progress marches on - slowly, but also in leaps and bounds. Necessity is the mother of invention, and once an invention has been invented, it can't be put back in the box.
World War two lasted six years and led to radar, jet planes, electronic computers, atomic power, rockets.
Covid-19 has not had such a profound effect in the few months since it appeared, and it might not lead to radical new inventions (although the mRNA vaccine might be one such), but it has certainly led to ways of doing things that were already possible but not in general use, and some of those new ways will persist, because now that we've tried them out, we've found that some of them are better than the old ways. 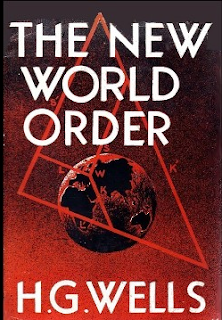