Day 106 of self-isolation - Death or butter?

Hermann Göring, announced in a speech: "Guns will make us powerful; butter will only make us fat." 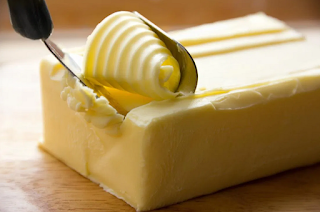 We can hope that the IFR (infection fatality rate) will be less in future than it was in the past, now that we have some treatments that have proven effectiveness. We can hope that awareness of the benefits of mask-wearing will reduce the rate of spread of the virus. And we can hope that vaccines become available soon, such as the Oxford University vaccine, which could be available in millions of doses in autumn.

But we're still taking casualties in this war - Covid-19 is killing some 5000 people per day. Globally infection numbers are rising - India, North and South America are all going the wrong way.

Europe had got the virus under control. This was done by a strick lock down, supported by citizens who understood the need for it. And now, the countries of Europe are opening up - cautiously.

But in other countries, a strange idea has taken hold. This idea has several aspects.

The pandemic is a hoax

The death numbers are fake

There are simple cures for Covid-19

Getting back to work is more important than health.

I'm going to discuss the fifth of these, because the first four aren't worth wasting breath on.

In every country, the economy has taken a beating. This is because of the natural wish of people to stay alive. But in Western countries, this is really just a distribution problem. Forecasts for 2020 are of a 10% drop in GDP. Now remember that, in normal years, GDP growth is 2 or 3%. So, obviously, the total GDP has dropped back to where it was 3 or 5 years ago.

Even if you take a 20% drop in GDP, and assume historic growth of a mere 2%, that just means that GDP is where it was in 2010. But how many people in Western countries were starving, unable to pay bills, going bankrupt in 2010? Some, yes, but not so many that it was a crisis.

Some countries have addressed this distribution problem. In the UK, for example, people on "furlough" from work, get 80% of their salary paid. In the USA, the main payment was to companies, who might or might not pass it on to their workforce (probably not). Similar schemes have been used elsewhere. So it is possible to solve this temporary distribution problem so that the 20% drop in GDP is shared more evenly, and we go back to the standard of living we had in 2010.

But it isn't "health or economy". Because as long as the pandemic is raging, there will be neither. In the UK, consumers are being urged to "spend spend spend" to get the economy moving again. No - people aren't that stupid. As long as the pandemic rages, people are going to be careful. Careful with their health (except for a small percentage of people who think they're invulnerable) and careful with their money. Because we've just had one major economic shock and you can't be sure that another one is coming along.

So, even if you think that getting back to work is more important than health, let me tell you one of the few things that I've actually learned from Facebook. On Facebook, I have met people with all sorts of health problems, both physical and mental. It has made me aware that of all the various pieces of good luck that I have, my good health is the most valuable. I have a few very minor health problems, but I've encountered so many people with significant health problems, that crucially affect their way of life.

Maybe young people don't realise this, because when you're young, you're probably in very good health, and all the people you know are also. But when you get to the middle of your life, you start to become aware of the fragility of health.

While the pandemic is raging, can we have an economic recovery? As the daily death numbers grow, will people still be willing to congregate in bars and concerts?

Is it possible to actually choose between good health and good economy?


I don't think so. You have to have both.