Day 105 of self-isolation - A small piece of optimism.

A small piece of optimism. 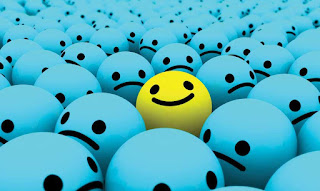 Maybe we'll be seeing lower death rates in future. Back in March/April, healthcare systems were hit, out of the blue, by a tsunami of Covid-19 cases. This was all new. What to do?

Now it's late June, three months later, and we know a lot more than we did then. We know what people are most at risk of fatality, and we know some treatments. I am reliably informed that some hospitals are using hydroxychloroquine, and we have dexamethasone, a treatment that has passed double-blind clinical trials. We also have found that statins can help, and vitamin D.

The early shortages of testing, PPE and ventilators are now past. So I would expect Covid-19 survival to be rather better than the 0.7% or so that we've seen in the past. And let's hope that there are further treatments developed and tested. And we all hope that the Oxford University vaccine becomes available in the autumn.

But the virus hasn't finished yet.

Worldwide, we just passed ten million cases and half a million deaths.

The USA daily death numbers are down to 512, the UK down to 100. I had wished that by now, the UK would be down to dozens. But neither did I get the bicycle I wished for until I went to college.

The USA is on a strong uptrend in cases, especially in large states such as Texas, Florida and California. Also some small states like Arizona. This has led to a re-application of control measures, but they're a bit half-hearted, and there's a big fight going on as to whether these measures should be voluntary or compulsory.

In the UK, we're supposed to be opening up on July 4, but this got widely anticipated, leading to big crowds on the beaches, and we could see another wave of infections.

And by now, you know that in Mexico and all countries south, the pandemic is raging unchecked. That's today's problem, but in a few months, focus will shift to the huge populations of India, Pakistan and Bangladesh.