Day 101 of self-isolation - Trouble in the Americas

Trouble in the Americas
Brasil, 1103 deaths yesterday. Mexico, 793 and the other Latin American countries are also looking bad. So the pandemic still rages south of the Rio Grande. Bolsinaro, president of Brazil, has been ordered by the high court, to wear a mask in public. But will he? We'll see, but I'm guessing he's even more stupid than we thought.
Things are getting bad in the USA (806 deaths). Arizona, Arkansas, California, North Carolina, South Carolina, Tennessee and Texas, have all reported their highest Coronavirus hospital admissions. And there will be more to come. In Florida, hospitals are reporting that their ITU is at 100% capacity.
But I have a suggestion. If you can reduce the number of cases by slowing down on testing, as Trump suggested, you could slow down the number of hospitalisations by closing some of the hospitals.
Only kidding, Don't slow down testing, because that's how you discover that you have a flare-up to handle, and don't close hospitals - indeed, state governors should seriously look at their hospital capacity, and investigate whether they need to build temporary hospitals like we did with the "Nightingale" hospitals
New York state is going to have restrictions on travellers from the states that can't control their infections.  New York won their battle against the virus, and don't want to fight it all over again.
In Europe, there is also a movement towards restricting travellers from the USA. We don't want your infected tourists.
There is still an attitude with too many Americans that it's their right to infect as many of their fellow-Americans as they want to, and with the president going unmasked and organising Covid-19 parties at Tulsa and Phoenix, with more to come, the pandemic in America has turned from being a fight against the virus, to a fight between the Rs and the Ds.
The virus doesn't give a toss. It will spread without regard to attitude or political leaning. But it will especially spread in large gatherings in indoor venues where masking is rare and social distancing is not done.
Good news on the vaccines. There are now 13 vaccines around the world in human trials, including the Oxford University vaccine that we hope will be available late summer 2020, and the Imperial College vaccine which will take several months longer. Maybe some time in 2021.
Meanwhile, the economy. The IMF has forecast that the UK GDP will decline by 10.2% in 2020, and recover by 6.3% in 2021. The USA, they predict, will decline by 8% in 2020, and recover by 4.3% in 2021. I think that they're optimistic; also that unemployment will be bad for a long time. 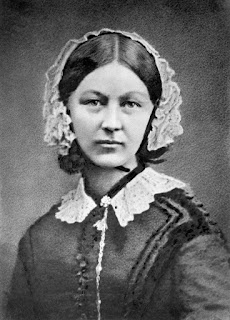