80 years ago today, operation Dynamo began. This was the operation to evacuate the British Army (and much of the French) across the Channel after their catastrophic defeat by Nazi Germany.

For various reasons (which are still being argued over today), the Wehrmacht didn't press its advantage and take 338,000 Allied prisoners, mostly British. All heavy equipment was left behind (soldiers had their helmets and rifles, nothing else) and there was a real fear that this would be followed up by a Nazi invasion of England, and the end of our civilisation.

But the weather was good, the RAF held off the Luftwaffe, and a flotilla of small boats rescued the Army from the beaches of Dunkirk. Thames tugs, pleasure steamers, fishing trawlers and yachts all took part, many making multiple crossings. In the end, the evacuation was completed by 800 vessels between 26 May and 4th June.

Wars are not won by evacuations. We then had to face the power of Nazi Germany alone, across the 21 mile wide English Channel, defended only by the Royal Air Force, the Royal Navy, an army that was armed principally with rifles and a Home Guard armed mostly with broomsticks. It was not looking good.

Hitler offered peace. Churchill said the polite equivalent of "Fuck you", making the well-known V-sign that became widely adopted as the sign of defiance.

We shall fight on the beaches, we shall fight on the landing grounds, we shall fight in the fields and in the streets, we shall fight in the hills; we shall never surrender
Today, Covid-19 has taken 265,277 British prisoners, and killed 37,048 of us. And all that stands between us and the virus invasion is hand hygiene, social distancing and face masking. Well - fuck you. We've been here before, and we'll do the same as we did then. We will use our science (radar, Spitfires, vaccine development) and our discipline (rationing, blackout, social distancing) and we will hold out against all the odds. We'll grit our teeth through the blitz of Covid-19. Our NHS was not overwhelmed. Never was so much owed by so many to so few.

And when the Oxford University vaccine arrives (or whichever other vaccine comes first), we will commence Operation Overlord and recapture everything that we lost.

I have nothing to offer but blood, toil, tears and sweat. Come then, let us go forward together with our united strength. 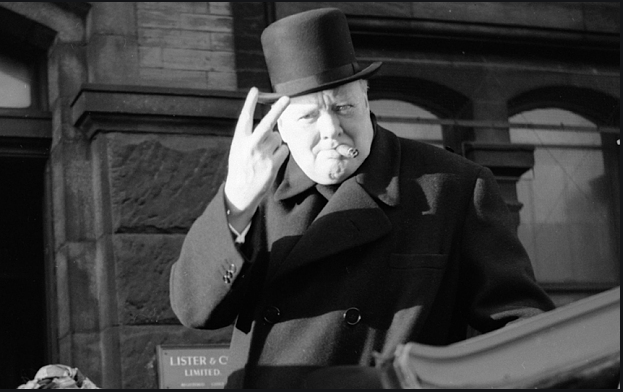