Day 65 of self-isolation - a modest proposal

There seems to be quite a few people who don't seem to care that there's a pandemic going on, with five million tested cases worldwide (and maybe ten times as many untested) and 325 thousand deaths (rising to half a million if you use the excess deaths numbers).

And there are some people who seem to be actively seeking their own funeral. So, I thought I'd write a post for them, to help them achieve their goal.

So, let's start at the beginning. You want to be male, because males have a much higher death rate than females, and if you're not male, start changing now. I don't have statistics for trans men (because the government has, in its bigoted way, failed to ask dying patients whether they identify as the same sex they were when they were born, or not).

Next - take up smoking. That gives an excellent boost to your chances of dying when you get infected. Also, get fat. Ideally, you want to be even fatter than President Trump. Aim for morbidly obese. And it's better if you're elderly; over 70 is ideal. You've had a good innings, it's time to go to the pavilion..

If you have heart problems or diabetes, that's a bonus, because it's not easy or quick to add these to your characteristics. But there is a way! Hydroxychloroquine lists, amongst its side effects, "fast, pounding, uneven heartbeat". But make sure you don't take an overdose - that could be fatal, and this isn't your preferred route of exit.

Avoid the sun. Cover yourself up, because you want to depress your vitamin D, which will choke down your immune system. If you have dark or black skin, great. If you don't, use plenty of high factor sun screen.

OK, so now you're as ready as you can be - time to get infected.

The obvious way is to do what Boris did - visit a hospital and shake hands with all the patients, especially the ones on ventilators. Obvious - but you probably won't be allowed to do it. I don't actually understand why they let Bojo the Clown do it. Another good way would be to get close to Boris while he was ill, but it's probably too late now. So you'll have to do this the hard way.

The route to take, is crowds. Especially crowds that don't care about social distancing, don't wear masks and sneer at namby-pamby hand washing. Mingle. Hug if you think you can get away with it; if you can't, shake hands, as many as possible. If they open up the pubs, find a crowded one. If you find a crowded shop, push your way in. Get onto busses and trains, and shake hands with your fellow passengers; even better, if the train is nicely crowded, make sure you're pressed up close to anyone who is coughing or sneezing.

Air travel will be another good way, because the same air that everyone breathed out, is circulated back to the cabin for you to breathe in. Cruises are also great places to pick up an infection. If you're unlucky, you'll get norovirus which gives you nausea, diarrhea and vomiting for a few days, and you recover. But if you get lucky, then at least one of your fellow passengers will be spreading Covid-19, and by touching the surfaces that he touched, or breathing in the air he breathed out (yes, it gets recirculated), you'll achoeve your goal.

Once you're infected, you can't just go with the flow. If you're unlucky, you'll recover, but if it hits you hard (and your poor state of condition as a morbidly obese male smoker will help that) then you'll start to have trouble breathing. You'll breathe in, but it won't be enough. You'll cough, and that will make you feel worse. You might also lose your sense of smell. You'll feel dreadful, but tell everyone "It's just a summer cold", and grin bravely. If they insist on you taking a cure, ask for an onion to be placed in the room. What have you got to lose?

Some interfering busybody might call an ambulance for you. That's bad news, if you get to hospital, that's going to reduce your chances of dying. But don't worry, you've still got a good chance, and if you can get yourself put into a ventilator (because you really can't breathe for yourself, and it's that or death) then even with the huge tube shoved down your throat and oxygen pumped it, you still stand an excellent chance of leaving in a coffin. 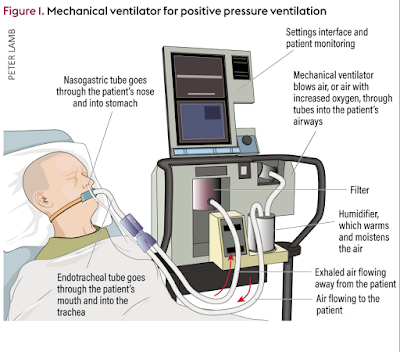 You will have the satisfaction of being buried in a real plywood coffin (they  haven't started using the cardboard ones yet) in a single-occupancy grave (except in some areas, where they just dig a trench and line up the coffins side by side) with only five people allowed at the funeral.

But you will have the satisfaction of being able to sing "I did it my way".