Day 59 of self-isolation - told by an idiot, full of sound and fury, signifying nothing.

This is a tale told by an idiot, full of sound and fury, signifying nothing.

We've seen people in America waving placards. Most of them not wearing masks, none of the socially distant, and some of the brandishing large guns. But they are the noisy minority. 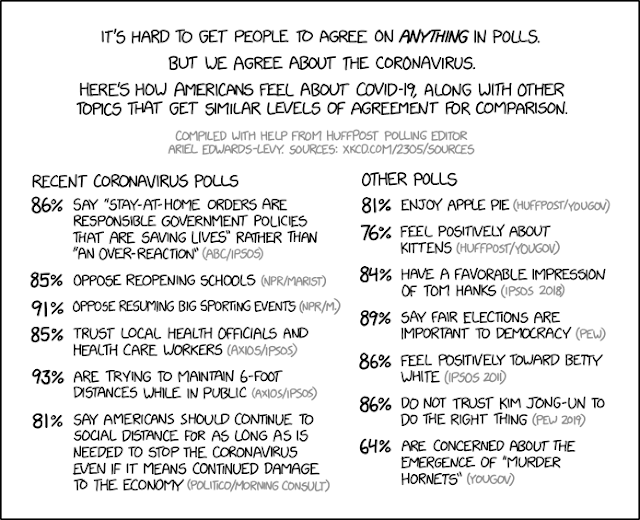 This is a tale told by an idiot, full of sound and fury, signifying nothing.Look at the polls. More people agree with the lock down orders, than enjoy apple pie. You can't get much more of a majority than that.

The people who think social distancing is right, obviously aren't going to gather in large groups to protest. They are going to be staying at home. But the protests are noisy, and newsworthy, so will reverberate in the media.

So it looks like a lot of people want the lock down to end, and indeed, hundreds of Americans want just that,. But they are the noisy minority, while the silent majority agrees with the lock down even more than they feel positively about kittens.