We have some clarity on "Stay alert". It means "Stay at home as much as possible". So now we know.

The "furlough" scheme has now been extended up to October, which sounds like we're not expecting this to end for another five months,

In the week ending May 1, care home deaths made up 40% of Covid-19 fatalities. Obviously, people in care homes are the most vulnerable in our society, and will have age and preconditions stacked against them, but even so, that's a shocking number, and it makes them sound more like death homes than care homes.

What was happening here? First, how did the virus get into all these care homes, and secondly, why weren't people with acute Covid-19, transferred to hospital? I have a nagging suspicion that someone decided that it wasn't worth giving them hospital care.

That might not be as heartless as it sounds. I had an aunt who was in a care home, and got cancer. She was 91, and they decided that the aggressive treatment that would be needed to do anything about the cancer, would be doing her no favours, and would probably kill her before the cancer would. 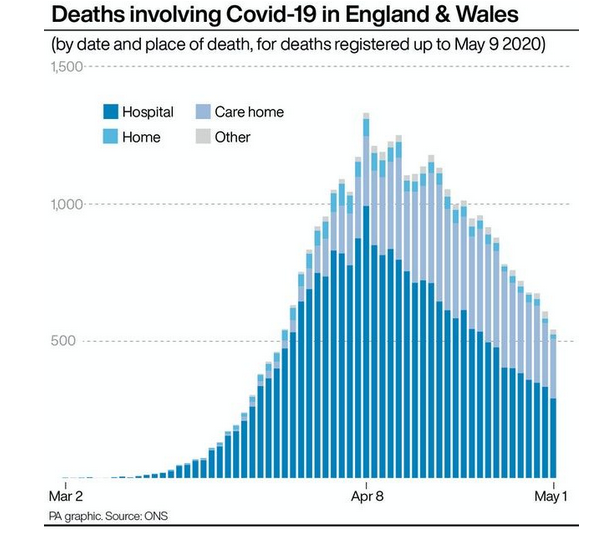 The tracing app that's currently being tested in the Isle of Wight, will be made available across the whole country in the next week or so. I haven't heard anything about how widely it's been taken up in IOW.