Day 52 of self-isolation - a deeper analysis of the USA

A deeper analysis of the USA

The White House Council of Economic Advisors tweeted this graph. 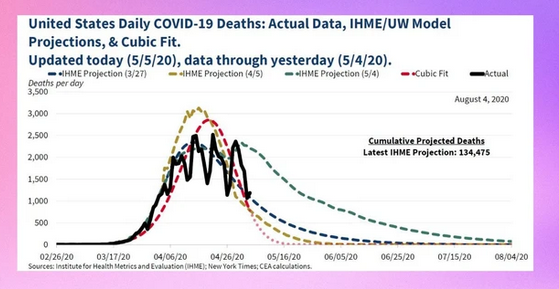 The "cubic fit" is forecasting zero deaths in a week from now. They're dreaming.

First of all, the latest number from the USA is 2528 deaths yesterday. Secondly, the reason why the actual numbers look like a jagged line, is because on every weekend, the reported numbers are way down. This isn't because the virus goes to the beach at weekends, it's an artifact of reporting - you can see that easily, because it's happened every weekend. Thirdly, this is what a cubic curve looks like. It doesn't hit zero and stay there, it swoops upwards. 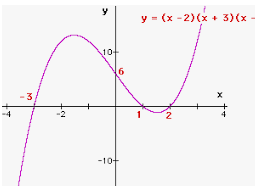 So, we'll treat that "cubic fit" with the contempt that it deserves, and let's take a closer look at the USA. And now that testing in the USA has become somewhat stable (the shortage of testing is a thing of the past), I'm going to look at the number of new reported cases. On the face of it, USA daily numbers are fairly steady over the last several weeks, at around 25,000 to 30,000, and perhaps we can even see a bit of a fall since the peak. 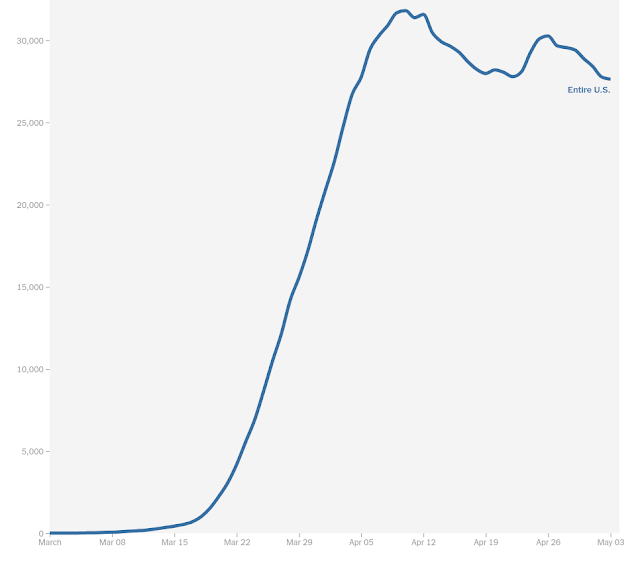 It looks good - it looks like the pandemic is levelling off in the USA.

But now let's subtract the numbers for New York City, because New York is clearly on the mend, and represents a third of all USA deaths. 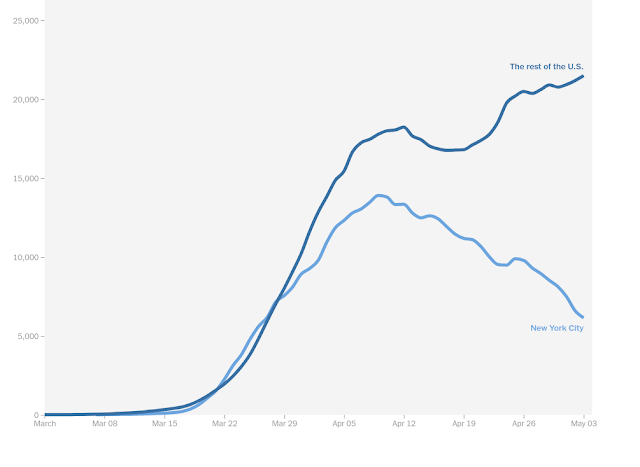 And we see a rather different picture. The rest of the USA is still on an uptrend.

And if you separate out the other two hot spots, Detroit and New Orleans, you get an even greater up trend. You can see that the USA numbers, until mid-April, were pretty much parallel with those three cities. But when the virus was gotten under control there, the upwards trend from the rest of the country continued. 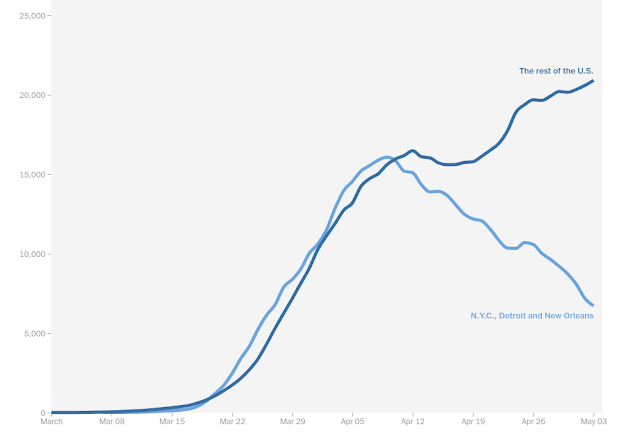 I understand that a lot of the USA is either out of lock down, or is planning to end the lock down in the next week or so.

Is this wise? Should the lock down be ended while the number of infections is still rising? Is the White House taking that "cubic fit" seriously?

Is Bojo going to roll the Covid-19 dice this Sunday?