I've mentioned vitamin D before, but now we have some hard science to support this.

This report tells us:

We already knew that older people are more at risk for dying of Covid-19. And men die a lot more than women. and that if you have pre-existing conditions, that's also very bad.
But what about vitamin D? If your body hasn't got enough vitamin D, does that have an effect?

They looked at a sample of 780 in Indonesia. 50% of them had normal levels of vitamin D, and 93% of those are still in hospital. But in the people with insufficient vitamin D, 49% died. 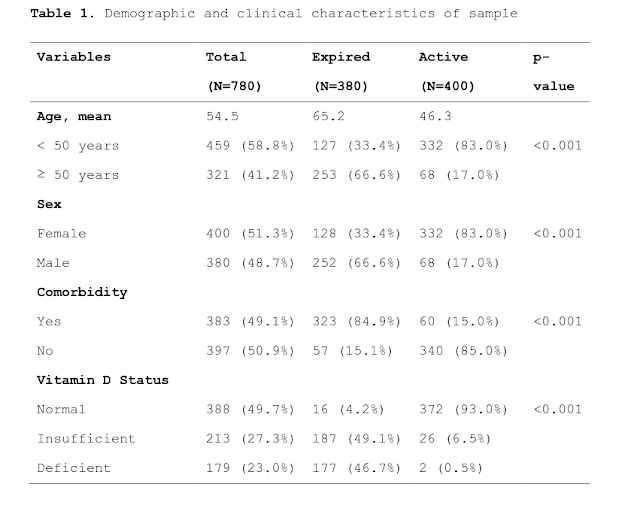 Expired means dead. Comorbidity means pre-existing conditions. A p-value of less than 0.001 means that there is less than one chance in a thousand that this is not a significant difference.

The fourth thing this tells us, is that people with low vitamin D are ten times as likely to die as people with normal levels.

Read the scientific paper, it's quite short and easy to read.

I'm currently taking 2000 IU per day of vitamin D. Don't take more than 4000 IU per day unless your doctor has prescribed that for you. Vitamin D pills are inexpensive and readily available at any pharmacy or health food shop and most supermarkets.