Day 39 of self-isolation - Time for some rays of light

Time for some rays of light.

We all remember the desperate situation in Spain and Italy a month ago. I watched some of the harrowing videos shot by exhausted doctors, begging other countries to avoid the mistakes they made in not locking down soon enough.

So let's do a retrospective. 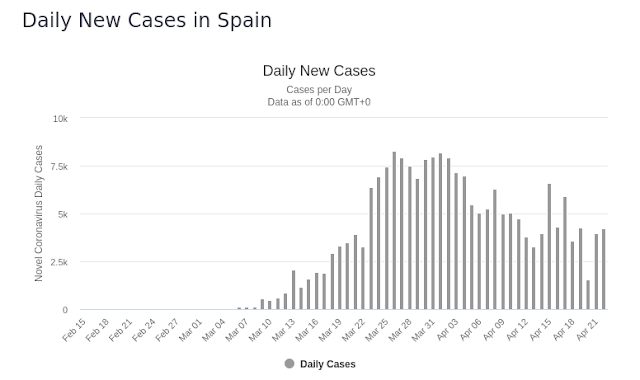 This is the graph of known cases; remember that testing isn't done of the whole population, or even of everyone showing symptoms. But it does show the pressure on the healthcare system.

This peaked on March 26th after an exponential growth - four weeks ago, and you can see from the graph how new cases have fallen. 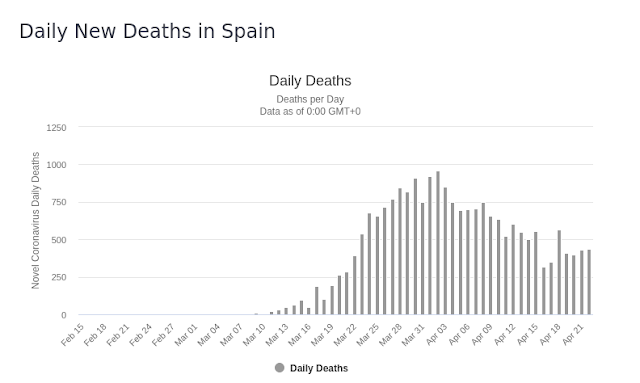 A week or so later, the daily death rate peaked at 961, and is now down to less than half that. So, still a horrible pile of corpses, but things aren't as dreadful as they were.

The same picture can be seen in Italy. 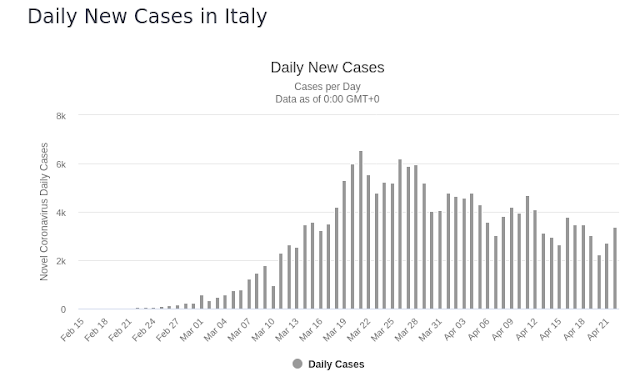 This peaked on March 21 after an exponential growth, and you can see the decline thereafter. 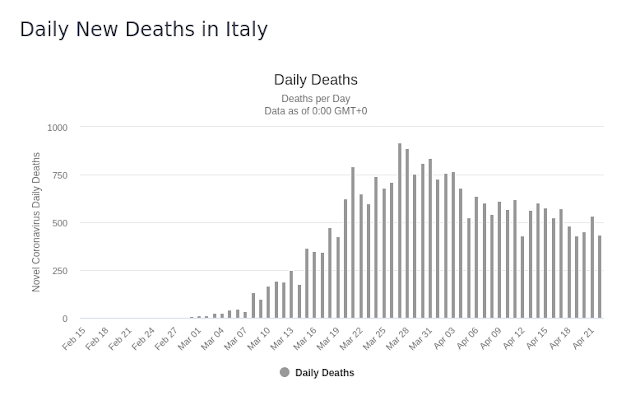 Deaths also peaked a week after the cases peak at 919, and again is now down to less than half that number - and still falling.

And now the UK 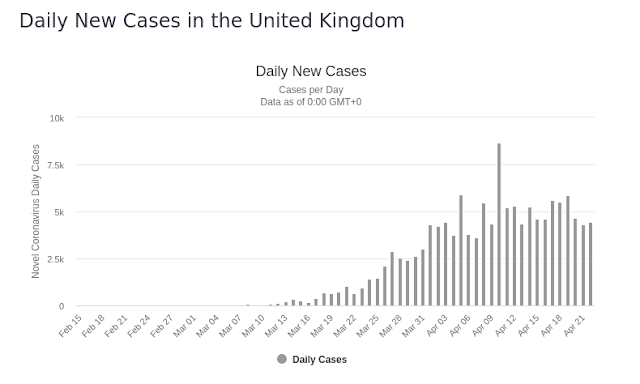 As you can see, the UK peaked somewhat later than Italy or Spain, and the lock down came later. I can't see a decline in the number of cases yet. But that will come as the lock down continues. 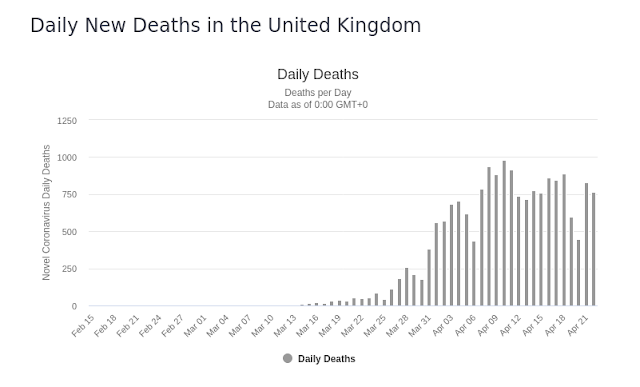 And although deaths haven't gone above the 980 of April 10, there isn't a clear decline yet a was the case in Spain and Italy.

In the USA, new cases is on a plateau. It has started to improve in New York and adjacent states, but that is balanaced by the increases in other states. 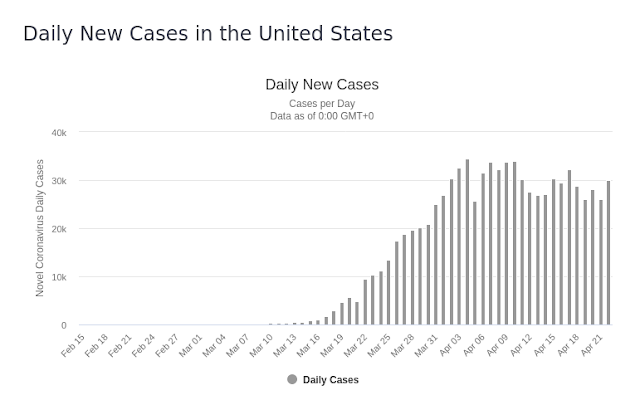 The situation in the USA is similar to the UK, except that deaths might still be on an up trend; the biggest figure (so far) was  2804, on April 21. So we can't really be optimistic yet that the numbers have flattened, let alone started to decline. 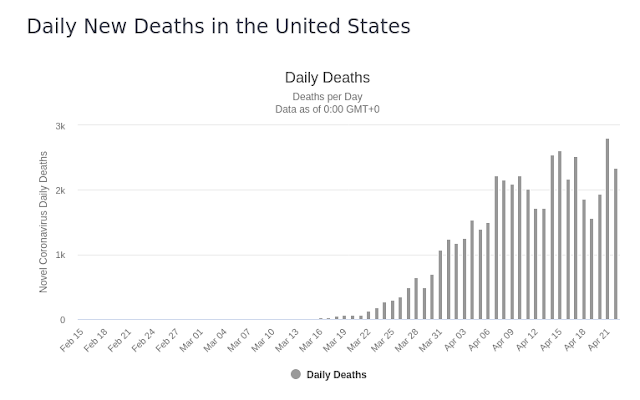 So the picture we see is that Italy and Spain were the first Western countries to be hit by the virus, growth in infections was exponential, and after about a week or so, deaths were also. But then the lock down started to take effect - the virus can't infect new victims if we stay apart. And so new cases started to come down, followed a week or so later by new deaths.

The UK and the USA are likely to follow a similar path, but delayed by a couple of weeks, because the virus got widespread in those countries a week or two later.

However. If we stick to our guns, and care about our fellow citizens, the numbers infected and killed will start to decline.
Posted by drsolly at 18:24