When it became clear that WW2 was imminent, the UK government designed air raid shelters for families. These were called Anderson shelters, and they were effective against anything except a direct hit. So when there was an air raid warning (you usually got several minutes) the family would dress warmly, and get to the Anderson shelter in their back garden.

Anderson shelters were simple, cheap and effective. You got six pieces of corrugated iron, 1.95m by 1.35m. You dug out an area of the garden to a depth of a couple of feet, then covered that with the corrugated iron. Finally, you heaped earth over the top. 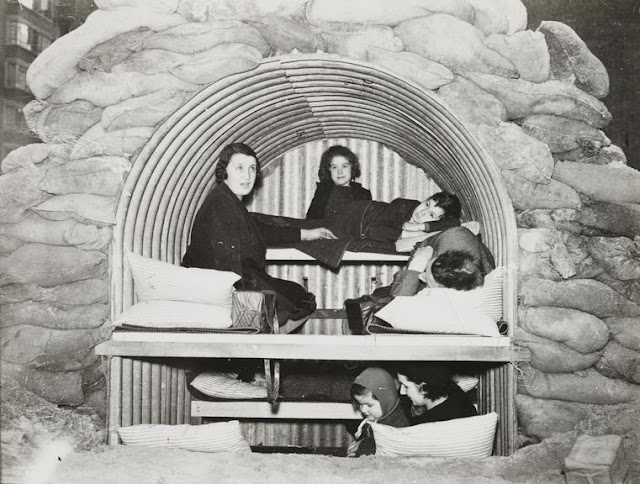 It worked. A family taking shelter in their Anderson, could emerge after the raid to see their house demolished by a bomb, which was terrible, but at least they were alive.

So how does this apply to school shootings? I went to Ebay. You can get 8ft by 3ft corrugated iron for £11 per sheet.  So if you bought six of these, and put it in the corner of a classroom, that would give you an area nine feet by nine feet by eight feet high; you should be able to get a teacher and a couple of dozen kids in there quite easily.

But will it be proof against bullets from an AR 15? I don't know (that could be tested easily). I'm assuming that it isn't, So what you do, is buy eight more sheets, and put those up as an outer shell, leaving a gap between the two shells. Then you fill that gap with sandbags; cheap and easy to handle.

And that will give you a shelter that would resist bullets. Add a door with a lock, and you have an Anderson Shelter. Total cost, £200. You would need one for each classroom. I would have thought that parents would be willing to stump up the necessary £10 per head, to keep their kids safe against a school shooter.

The bullet resistance comes from the sandbags. The corrugated iron is just a cheap way to make the structure.

Of course, I did all this in UK pounds, which is silly, because if you suggested this in the UK, people would say "Why?". But I'd guess that corrugated iron costs about the same in the USA (more after the Trump Tariffs start to bite) and that American parents wold be really keen on this idea.