Jeremy and the Mural

I am not a great fan of Jeremy Corbyn, and I am definitely against antisemitism in any form. But.

Jeremy is being attacked because of a mural. The mural was being removed, and jeremy said that he was opposed to the destruction of art.

That was a while ago, on a Facebook group. And now, just recently, it is revealed that Jeremy supported an antisemitic mural.

But look at this. 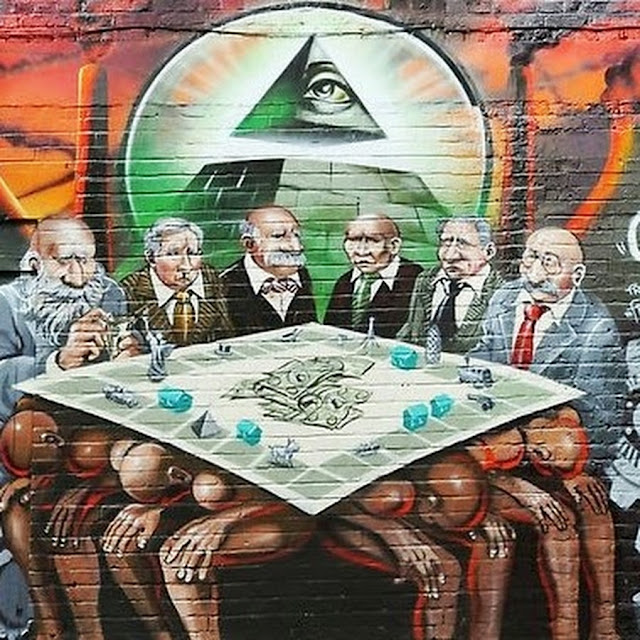 I see a monopoly board resting on the backs of people. I see six men sitting round that board. The implication is that these six men are exploiting the guys under the table.

What I don't understand, is what is it that tells you that the six guys are Jewish?

None of them is wearing a skullcap. I see no star of David. No clothing as per orthodox jews. No payot (the curls that hang down by the ears of orthodox jews. Only one has a beard.

Behind them, there's the pyramid with the eye. That's what you find on dollar bills. It's not any kind of Jewish ting that I'm aware of.

I can't actually see anything that says "These are Jews".

What they are, is old white guys.

So I really really don't see how this is being portrayed as antisemitic.

But what do I know? The witchhunt has started. And everyone (other than me?) seems to have accepted the mural as antisemitic.