Another day, another massacre

Ten people were killed, including the gunman, and nine injured in a mass shooting Thursday at Umpqua Community College in Roseburg.

The Huffington Post had a good chart on this. 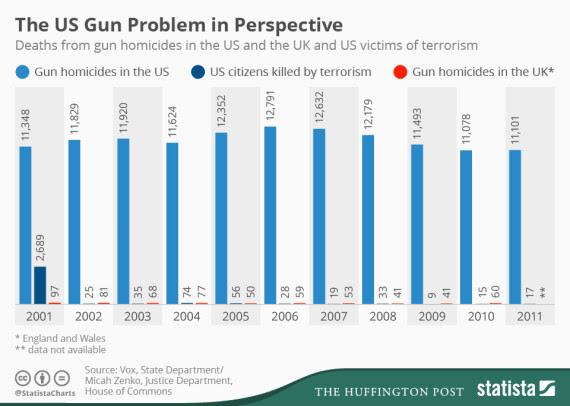 There's a move afoot to compel teachers to be armed, as if the answer to "too many guns" is "more guns".

And the Huffington Post also points out that spending on anti-terror is ten times the amount that the Bureau of Alcohol, Tobacco, Firearms and Explosives gets. And that's despite gun killings being 500 times as many as terror killings.

But they won't do anything about it - they never do.