I arrive at the area I'm going to cache in, I get the bike out of the car, and now I want to get the bike ready. I used to prop it up against the car, but my old car was so scratched and dented, I didn't care, but my new car is pristine, and wouldn't it be a shame if the bike scratched it?

So I've been propping the bike against a wall, or a lamppost. Or on the prop stand, except that the prop stand is only just enough to balance the bike on, the slightest push and it falls over. That's a problem while I'm setting up the bike, and also when I'm on the circuit.

I've found something that might help. My first thought was one of these: 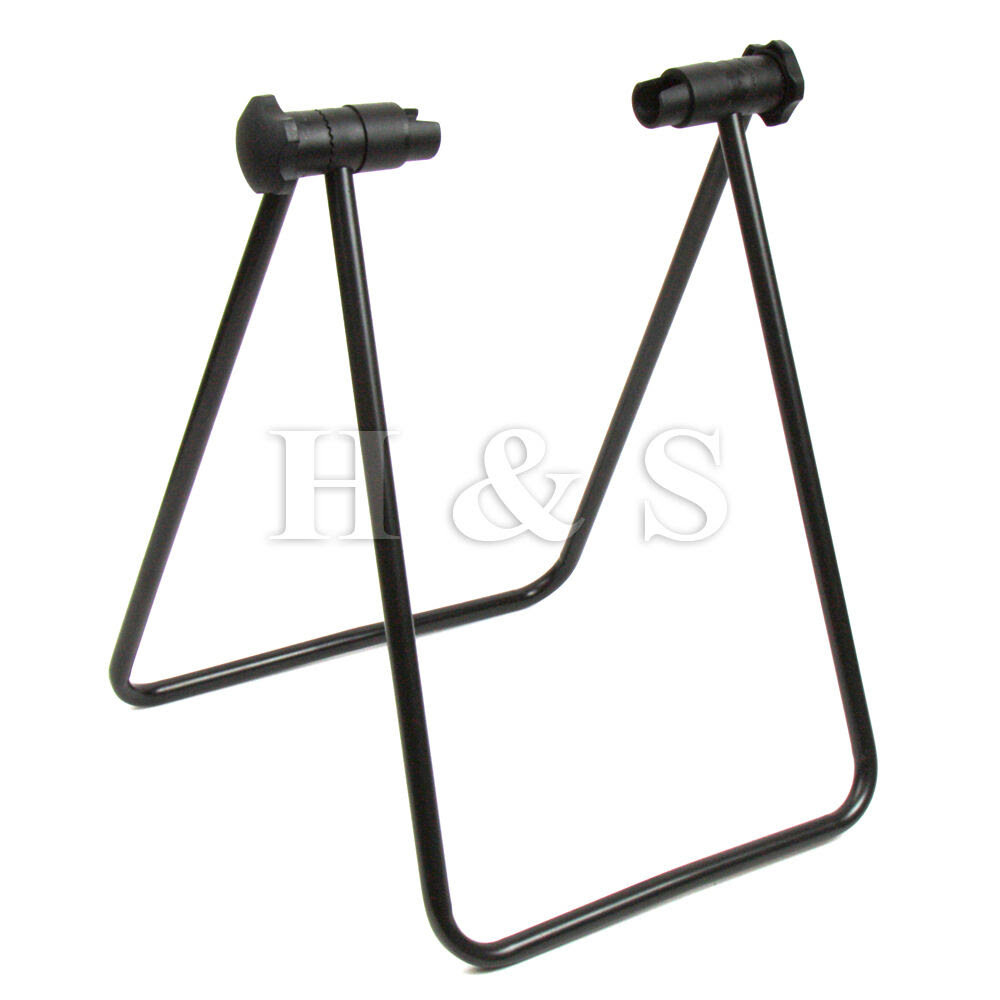 But I persisted, and I found this.

The top one uses the rear axle to support the bike. The bottom one uses the horizontal strut of the bike, and I think it will be a bit easier to use.

I'll use it for setting up the bike before starting the circuit; I might even be able to use it for parking the bike while I'm going round. Currently, I'm using a prop stand at the middle of the bike, but I have to find some ground that's sufficiently level, and even then, a strong wind can blow the bike over, which isn't good for it - I've had damage from this before. Quite often, I just lay the bike down on it's side, which has the advantage that it *cannot* fall over, but the disadvantage that I have to heave it upright again (and the bike plus batteries comes to a lot of weight).

The drawback, of course, is that it's one more thing to carry and deploy. So I'll use it when setting up the bike, and see how it goes.