I noticed that a large blob of caches have been set in Watford. I've done Watford before, a couple of times, and today I decided to go again.

Parking was a nightmare. I'd planned to park in a free car park, but it was already full, so I drove around for a while looking for somewhere I could safely park. It took me about 30 minutes!

For the morning run, I packed four batteries (I usually take three) because I was going to do a lot before getting back to the car - it was actually 52, becasue I did three series at once, because they were very intertwingled. It meant that I had to bike a rather pecualiar route, but I did manage to get them all, getting back to the car for lunch at about 3pm.

Along the way I saw this - rather unexpected in the middle of a wood. Please don't try to guess what it is. 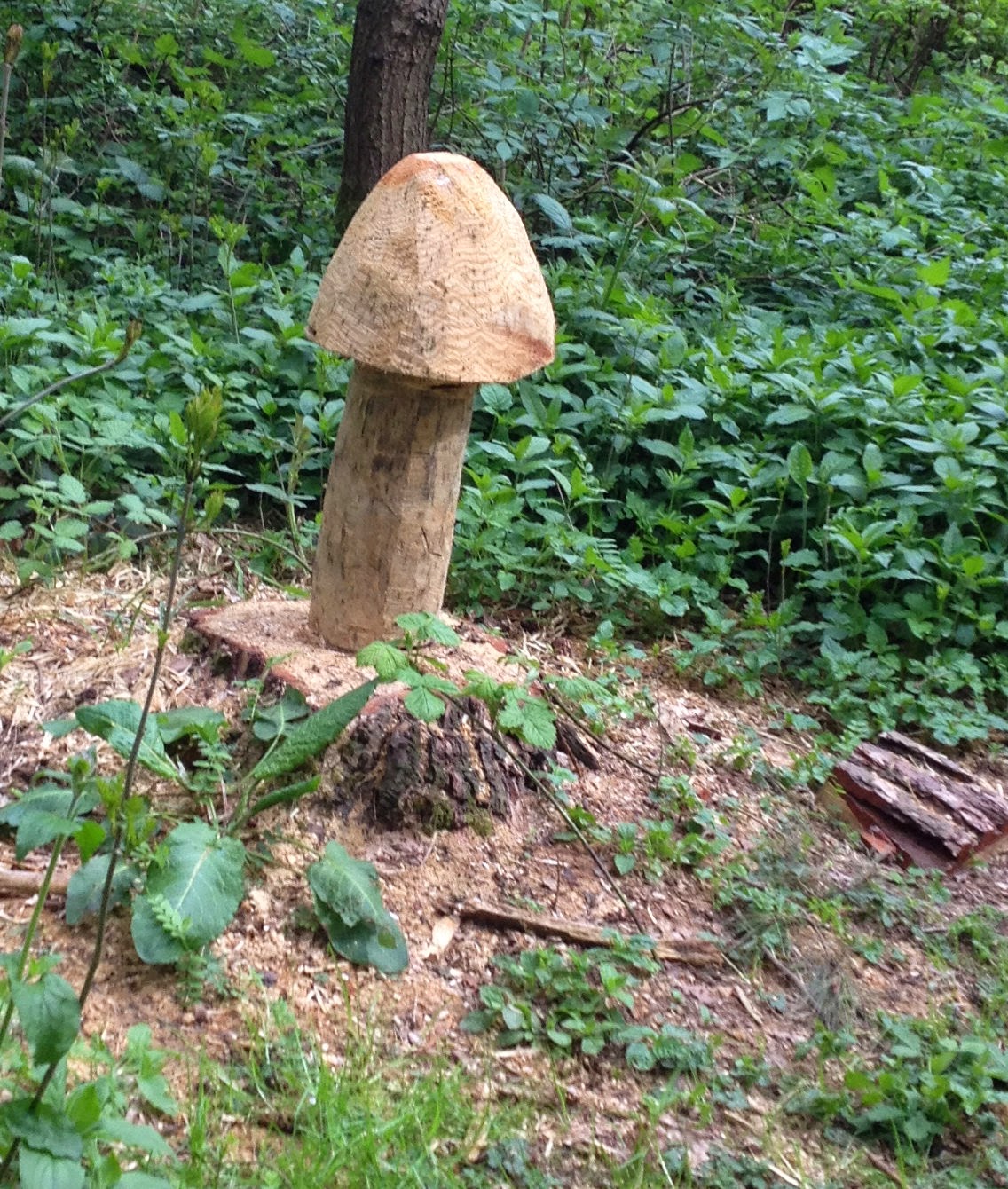 And a giant acorn. 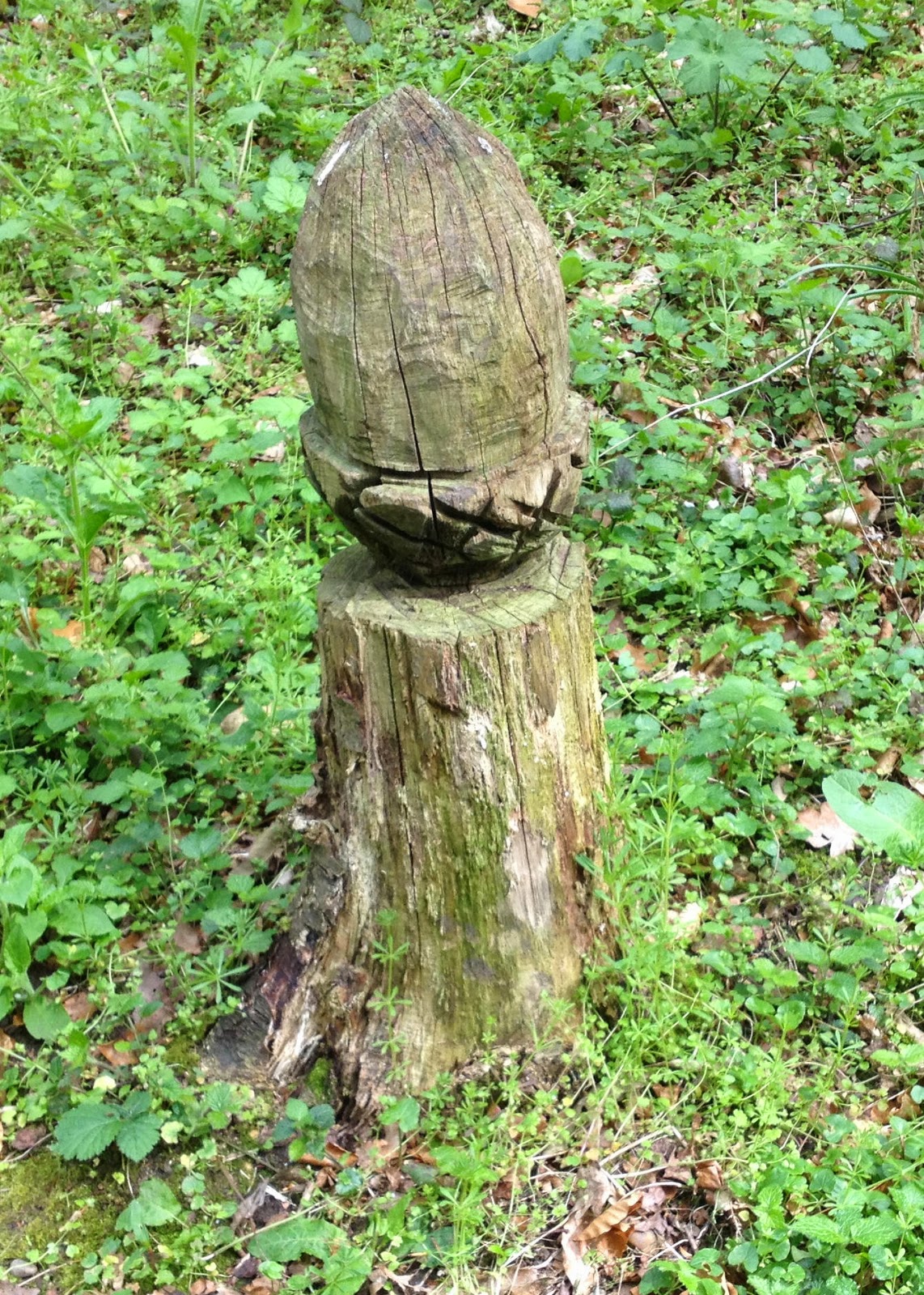 In the afternoon, I mostly did puzzles that I've been intending to do for a while. I ended up with a total of 63 caches today.
Posted by drsolly at 20:31