Both ladysolly and I lived in Stamford Hill when we were kids - and that, of course, is how we met. There was a small but thriving jewish community, and various youth clubs and movements. I was in Habonim, she went to Stamford Hill Club, and both of those shared premises. It was a nice place to live; Springfield Park was there and you could walk along the river Lea. Across the river was a large area of rough ground; excellent for couples snogging. The Stamford Hill public library was where I got a lot of my education, and there were excellent local grammar shools, such as Grocers, where I went, and where I got the rest of my education. I wasn't very jewish then; I avoided anything to do with religion because it seemed to me to be a complete waste of time. I was barmitzvahed, because my mother would have been very unhappy if I hadn't, and all it meant was that I had to memorise a bunch of totally meaningless stuff and then sing it in the synagogue. At the time, I thought I was an agnostic, but I'm pretty sure that, even then, I was actually an atheist. I like to tell people now that I'm gastronomically jewish, but, thank god, I'm an atheist.

I've been back a few times; geocaching along the river Lea, and I even went back to where I used to live.

It's full of Chasidim.

Chasidim are those very religious jews who wear fancy dress; a long black coat, a funny hat, and you don't want to know what else. 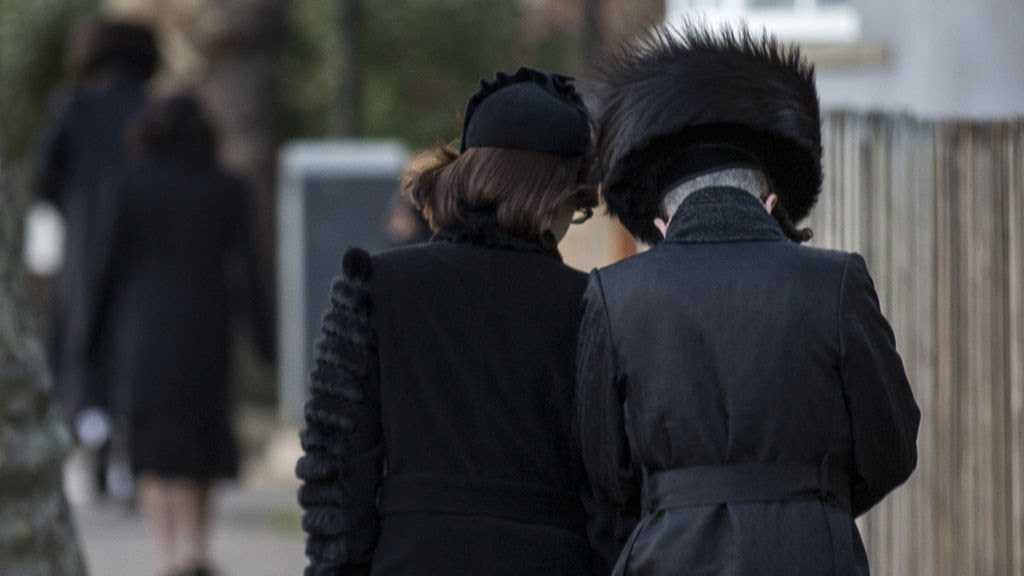 Well, I don't mind - live and let live. I don't live in that area now, and nor would I want to, I'm no longer a town mouse, I'm a country mouse.

Some of the rabbis there had just banned women from driving. If I read this anywhere but the Jewish Chronicle, I'd find it hard to believe. They plan to enforce their edict (I almost said "fatwa") by saying that children will be barred from schools if their mothers drove them there.


As a repercussion for a woman who drives in a car, she cannot send her children to be educated at institutions of the Belz Chasidim.


We therefore announce that as of Rosh Chodesh Elul (Aug 14th), a student whose mother drives will not be allowed to study in our institutions.
If a mother has no other choice and has to drive for extenuating reasons (for example medical), she should submit a request to the special committee to this effect and the committee shall consider her request.


It's hard for me to emphasize just how bad I think this is. I would like to think that it's actually illegal. I'm not a lawyer, but don't we have laws against gender discrimination? And threatening the children to enforce their diktat (I almost said "fatwa")  on the mothers, is a very low blow.

God, were he to exist, would be weeping.