I'm a sucker for torches - I always have been, I had my first nice torch at age 10. It used a lantern battery, and it had a red flashing top, and it was so big as to be rather impractical. So when I noticed on Ebay a 5000 lumen head torch that uses three Cree T6's, for only £11.29, I had to have it. 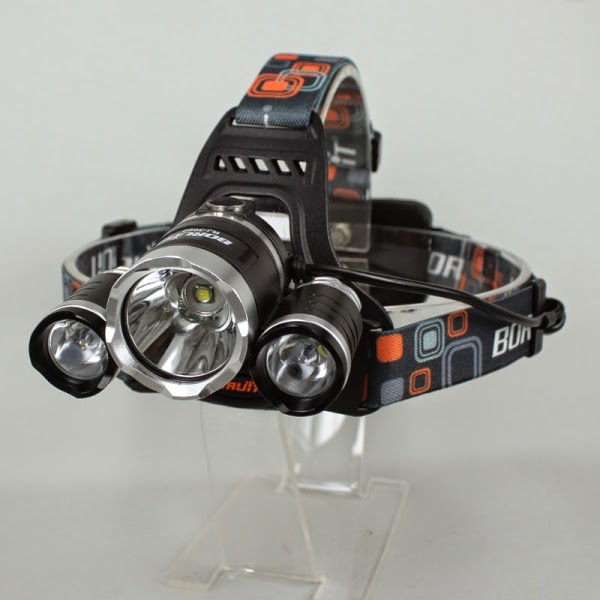 I mean, look at it! That will turn night into day, and blind any cow I encounter. It runs off two 18650 batteries (I already have some of these, so I didn't buy their quality-unknown batteries).

Of course, I don't take the "5000 lumen" claim seriously, any more than I'd believe the claims made by most battery vendors for battery capacity. But if it really has three Cree T6s, then that's a serious torch. 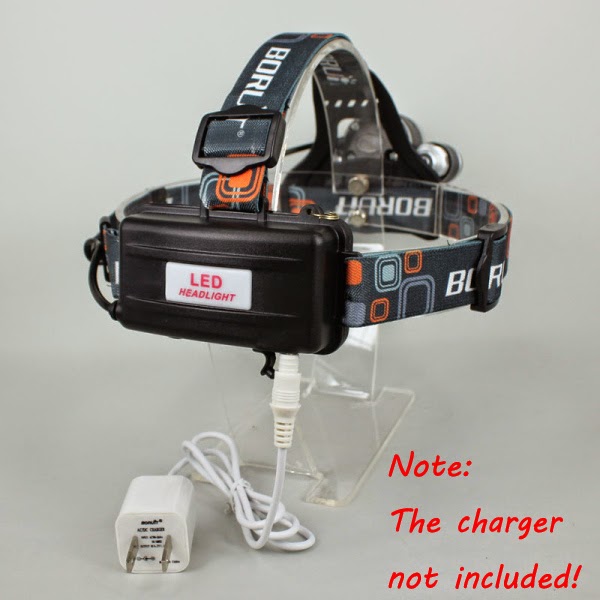 On the back, it has a glowing red LED. I use a flashing red LED on the back of the bike, but another rear light has to be a good idea.

The reason for getting this (or at least, the excuse I gave myself) is that when I fell over on the road a few days ago, I damaged the head torch I was wearing; the place where the strap attaches to the plastic of the head torch broke, so although the torch worked fine, it couldn't be worn.

After I'd bought the new torch (of course), I thought about mending the old one. I drilled a couple of holes in the plastic with my new Dremel drill (a Christmas present), and used a paper clip to make a base for the strap. So that's as good as new now - almost.

But I don't regret ordering this new head torch.