The only atheist in the restaurant

I am, as you might have noticed, an atheist. I used to be agnostic, but then I realised that if I were agnostic about all the things that can't be proved false, then I'd still be harbouring doubts about the Zeus, Jupiter and the Tooth Fairy.

So when ladysolly suggested we have dinner at Nandos, I had a counter-suggestion - Reubens. We had our "Class of 59" reunion there a couple of weeks ago, and I was keen to go back.

They were full, of course, and we hadn't booked. But there was space upstairs, in the self-service area, so we went there. And we got waiter service anyway!

I started off with lockshen soup with kneidlach. I didn't find out that the Italians had laid claim to noodles until I was past my teens, I always thought it was jewish food. 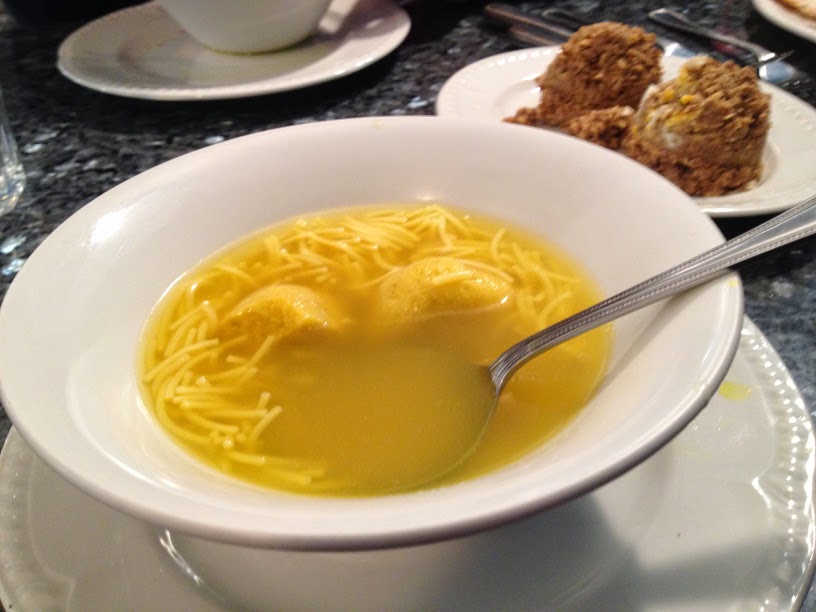 This is a hearty chicken soup, hot and filling, a meal in itself. Indeed ...

I was in California, where you'll find many weird people, and I was taken to a nice restaurant, and they had lockshen soup on the menu, and I ordered that for a starter. Then the waiter came back and asked about main courses. The soup had been so good, I ordered lockshen soup as my main course. He was a bit surprised, asked if I was sure, which I was.

When he came back for the desert, I could not resist the temptation. I ordered lockshen soup for desert. He looked at me, moggiedawed, as if to say "This isn't happening". But it was, I repeated my request, and got what I wanted. They're not really weird in California. They don't know from real weird. 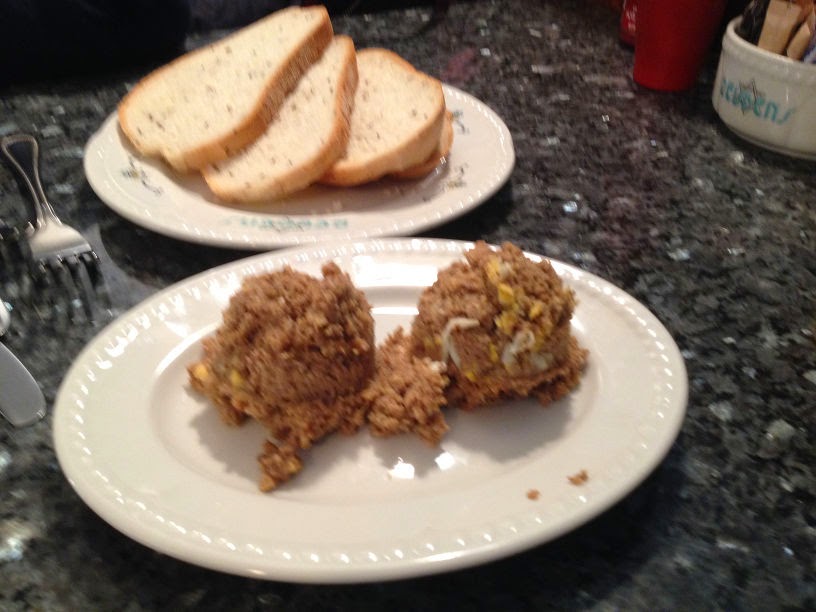 A good portion, with rye bread on the side. When we go to my sister or ladysolly's brother for Seder, I always overdose on the chopped liver. And ladysolly gets it sometimes in a shop she know in Ricky. But you can never have too much chopped liver. This chopped liver was light, moist and delicious. We got some as a takeaway afterwards, for lunch the next day. 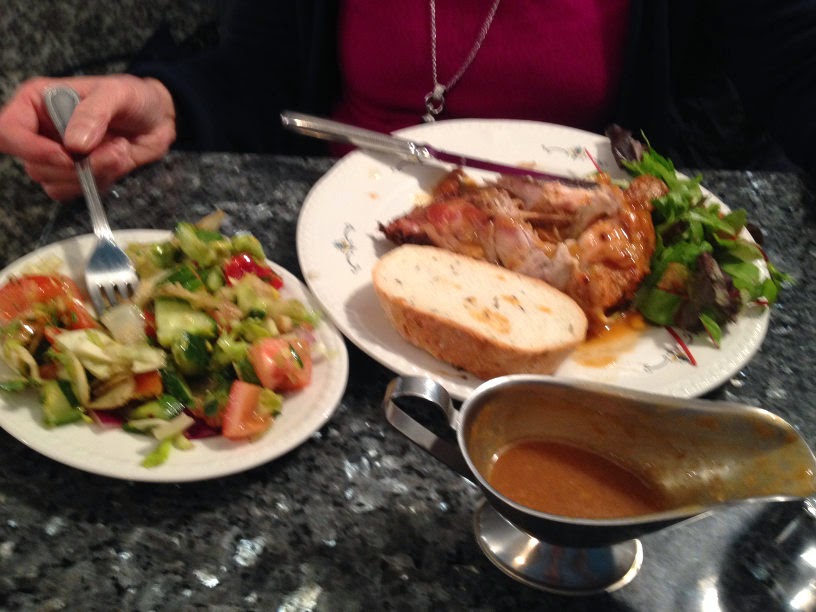 I had salt beef. 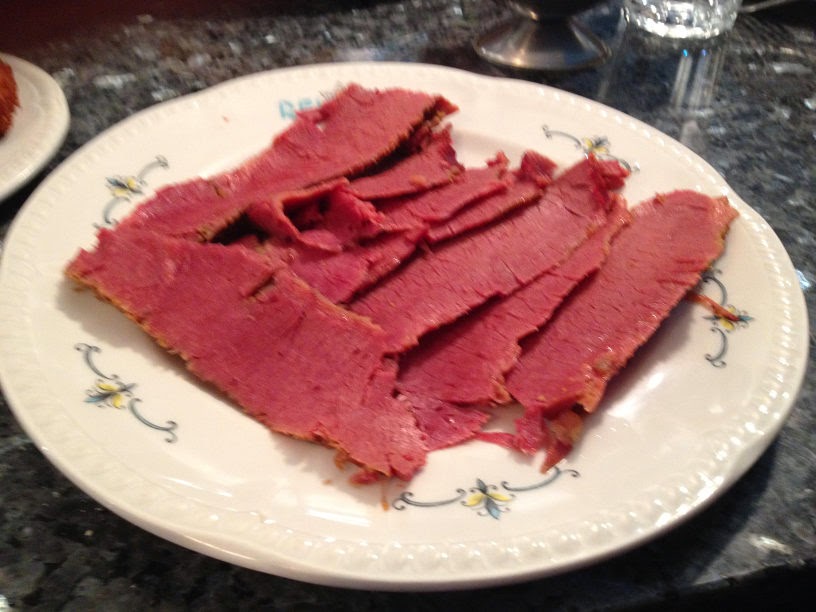 Salt beef sandwiches are ambrosia; you can get excellent ones at the Brass Rail at Selfridges. You used to be able to get them at Harrods, but Harrods closed their salt beef bar, which is why we don't go to Harrods any more. And Blooms, sadly, is no more. Occasionally, I come across a place that does salf beef sandwiches, and I make a note, and visit as soon as possible,

But I didn't have sandwiches, I just had a salt beef platter, because with that, you can easily justify ordering ... 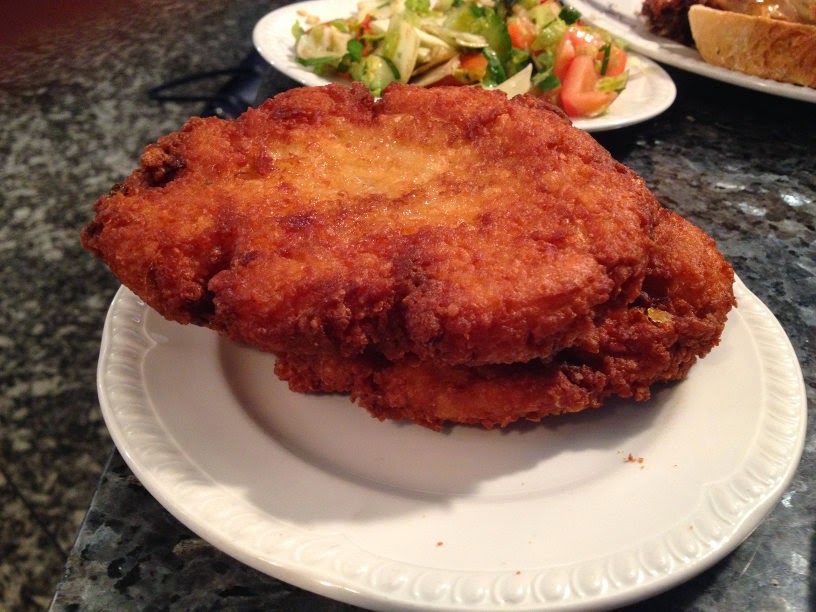 The finest destiny for a potato is to be made into latkes, and these latkes were large, fluffy and crispy. And piping hot, which is good because it forces you to eat them slowly and carefully. These are so large, you only get one in a portion. So I ordered two.

With the salt beef and latkes, I had a little chrane, which is horseradish and beetroot, an unlikely pairing, you might have thought, but in practice it works very well.

And so to desert. Tempted as I was by the thought of another round of chicken soup, I went all conventional. The choice was between lockshen pudding ... 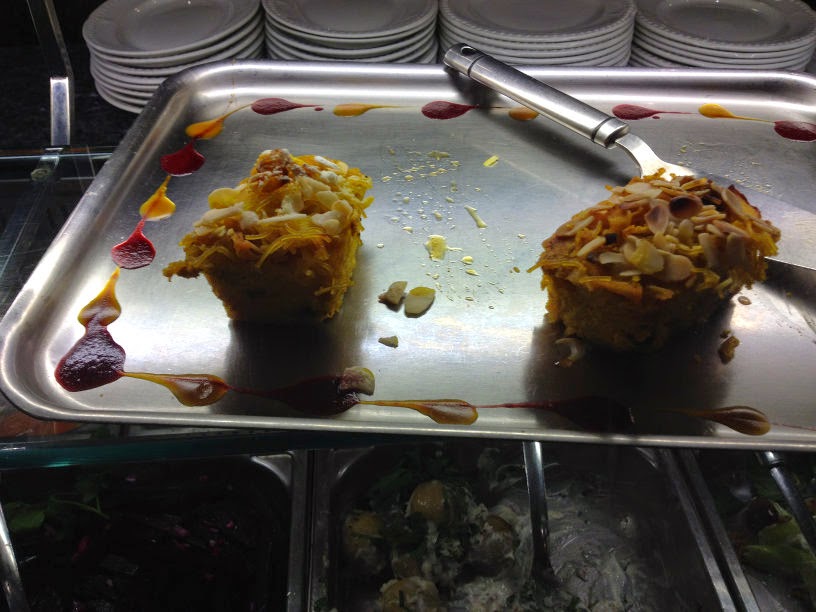 ... which is a confection made of lockshen, sultanas, cinnamon and I don't know what else, am I a cook? Or else I could have strudel 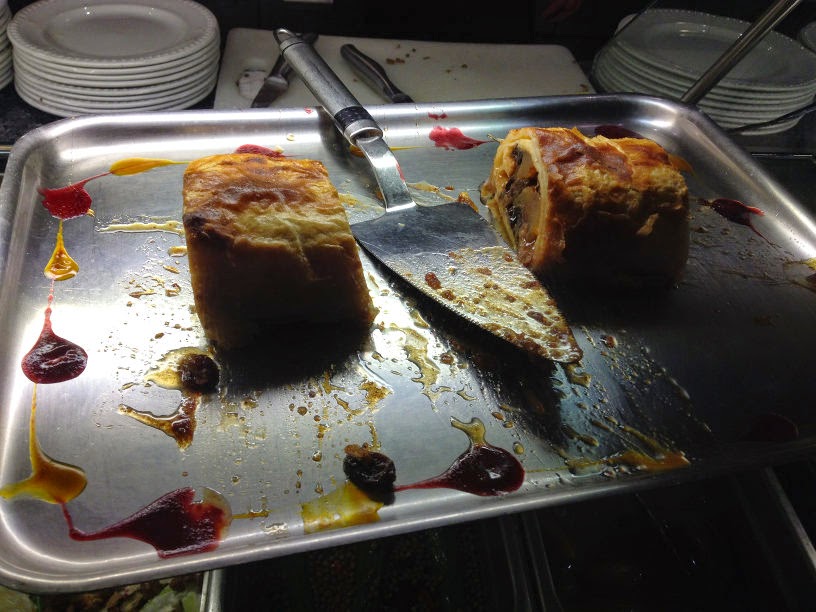 I was torn between them, and was tempted by the compromise that would be "both", but not wanting ladysolly to think me greedy, I plumped for strudel. Which was gorgeous.

And then we walked to Marylebone station and got the train home.