I went out today to Arundel, caching. First I did the HH series, 34 caches with a few extras along the way. On the track I saw this: 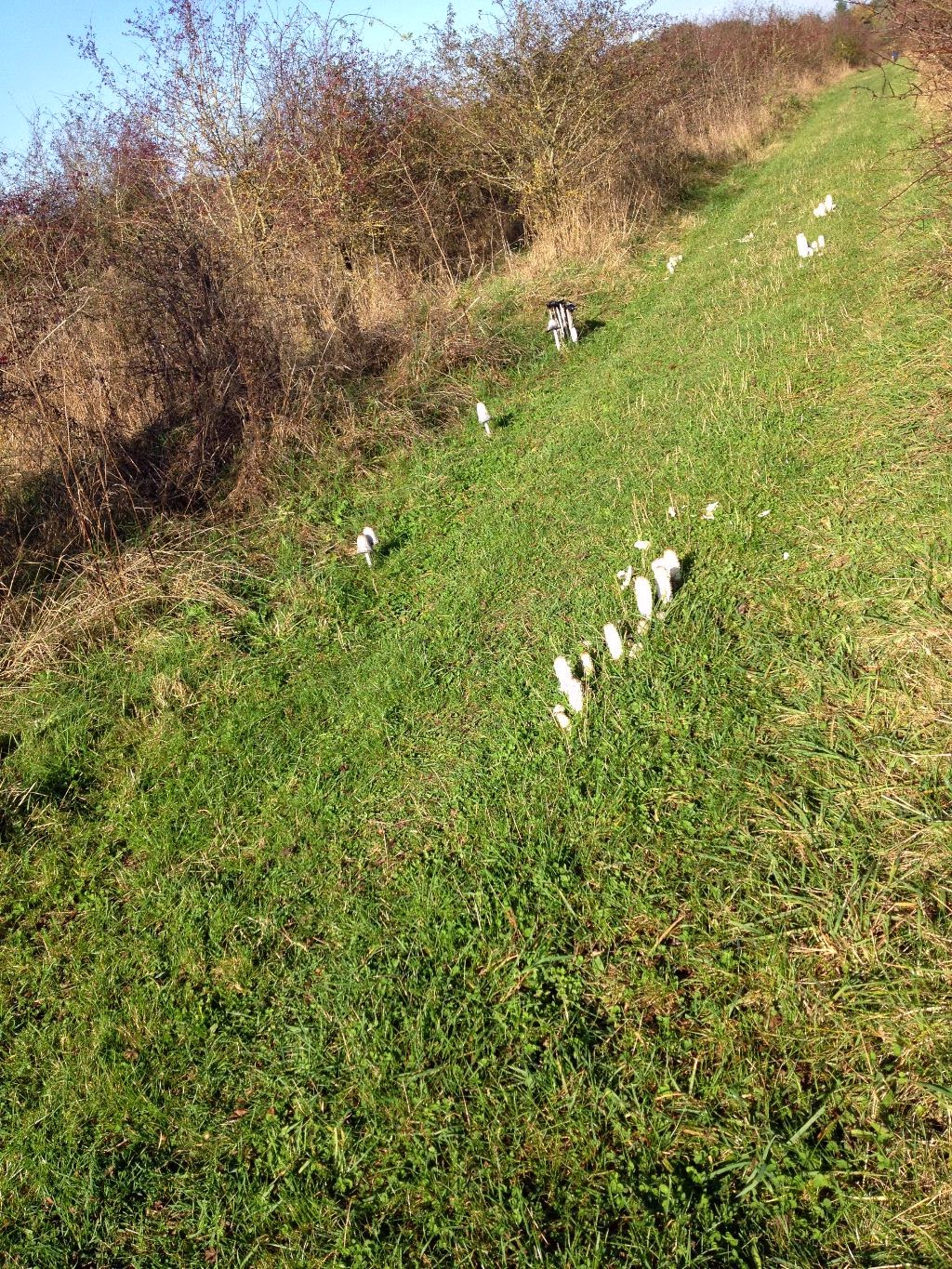 Huge mushrooms. Or maybe toadstools. I never did understand the difference.

I went round the 8 mile route in about 4 hours. I got back to the car and had lunch, and on to the second route, Riverdance. That was only 14 caches, but I saw this: 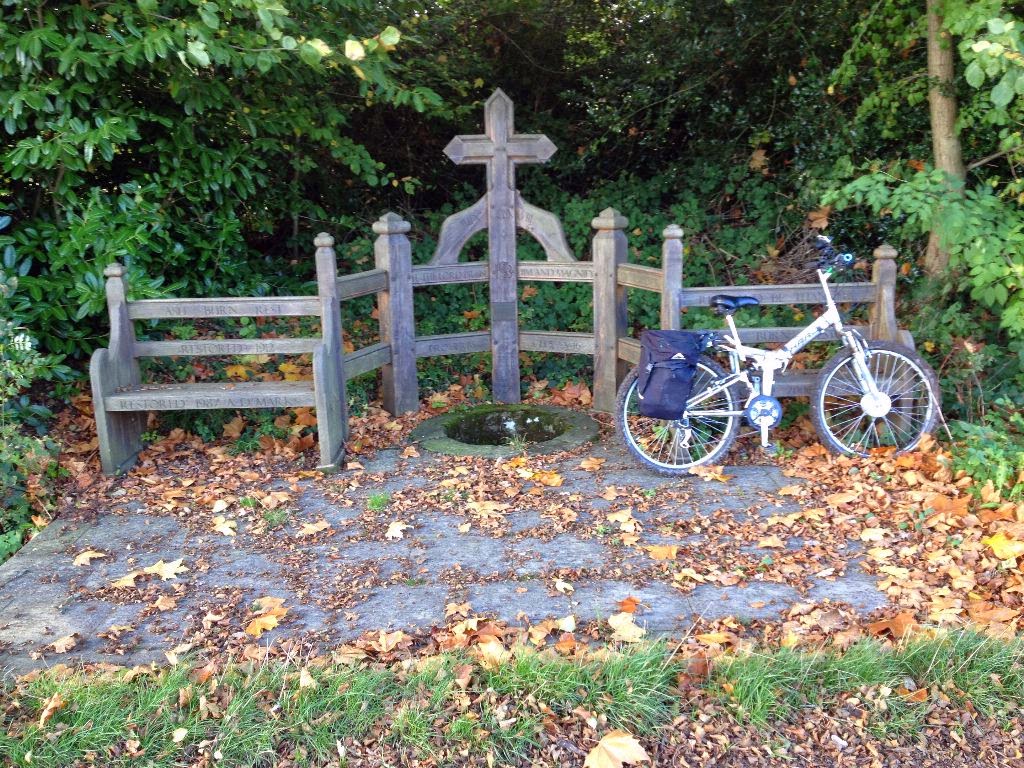 That's a well in the middle, and my bike has inveigled itself into the picture.

Further on in this circuit, I took a wrong turn, because I didn't notice the turn I should have taken. Usually, that doesn't have major consequences, but this time, it was catastrophic. I was cycling along, and went through what I thought was a big puddle, but it turned out to be a river, and my boots filled with water. Then I realised I'd gone the wrong way, so I walked the bike back. 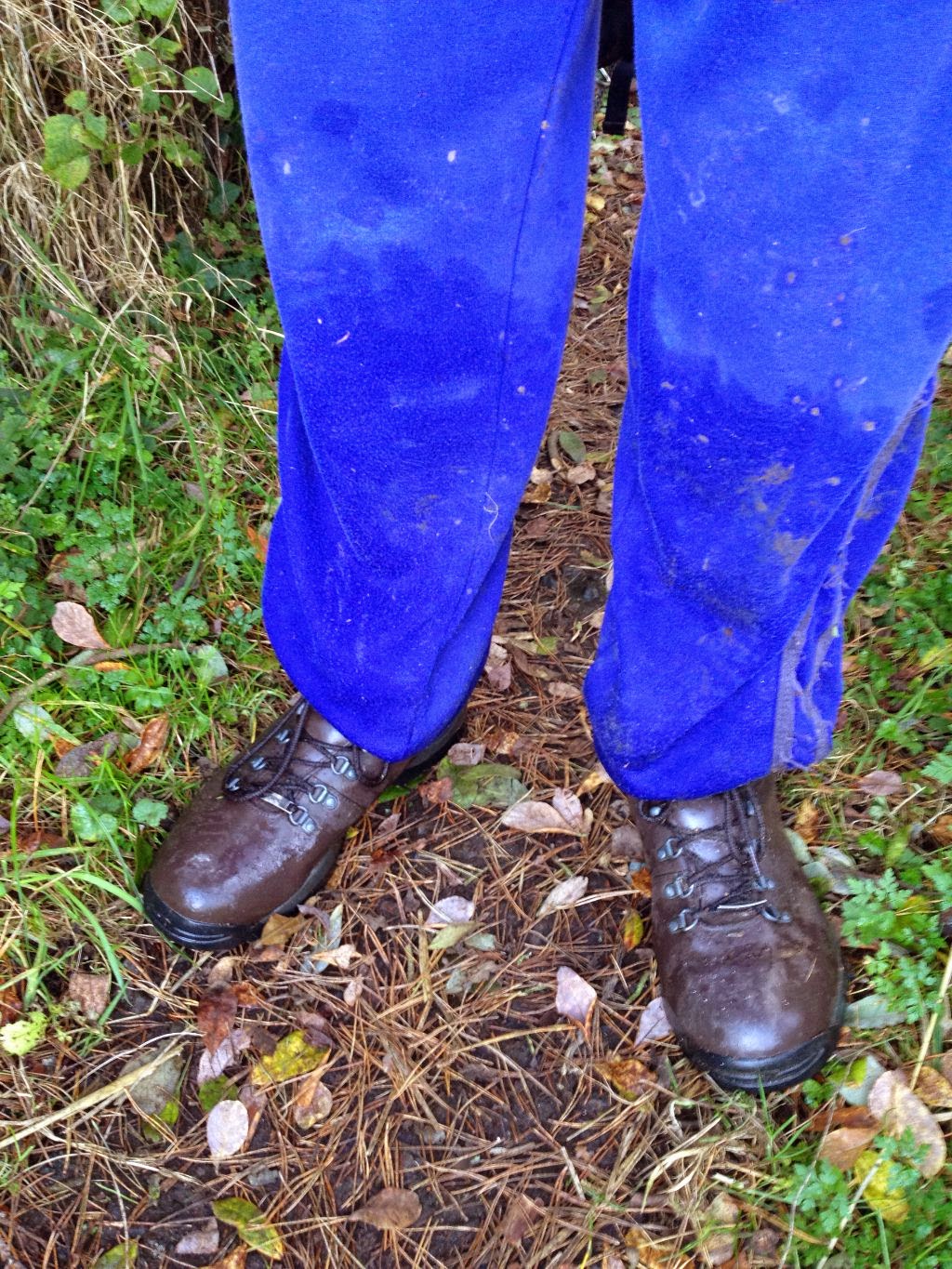 As you can see from my selfie, the water came up to my knees, so I spent the rest of that circuit with sopping boots.

It's little adventures like this that make caching such fun. I decided not to do the third route I'd planned, owing to unexpected water in the boots area.