As predicted, I did "Bulwick and back" today.

The day started badly, with a DNF. And then another DNF. These caches are not supposed to be difficult! It must be me.

But then I found the third one, and the fourth ...

I got to the point where I could cut back to the car along a road; I'd done 30 caches by then, and I was still trundling along on the first battery. Since I'd brought three, I knew I'd have enough, so I decided to continue.

Here's something fun I saw along the way. 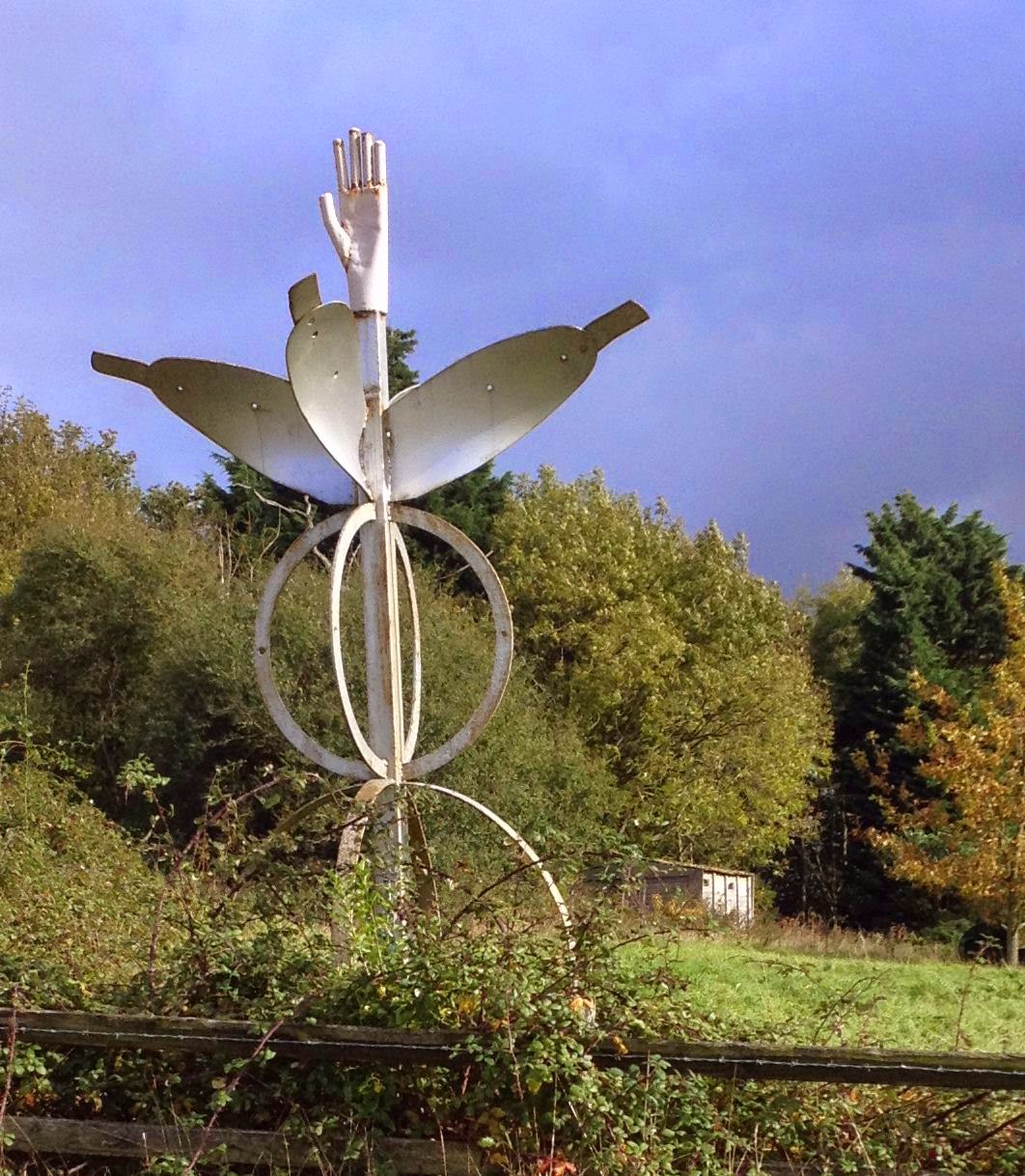 At cache number 13, I caught up with a pair of cachers that I'd been following round - I could see their logs, it was Spindlewood. We had a chat about the caches I'd failed on, and I resolved to have another go.

I continued on round, and I encountered the dreaded "loose earth", which jammed up into my wheels and made biking impossible, and even wheeling the bike was difficult. And in this case, the earth was reinforced by straw, making it even worse. Altogether, I had to cope with about 800 meters of this, and it's exhausting! But most of the route was either grass, or gravel, or even tarmac.

One stile that I encountered was really evil. It started off with a race between me and a dozen bullocks; I wanted to get to the stile before they did, and I won that. But then, getting the bike over the stile was a nightmare, because it was a bridge, with crossed struts in front of it. I had to get up on the bridge and drag the bike over the struts. I'd rate this as a difficulty 5 stile. I've only ever encountered a difficulty 6 once. Difficulty 6 means "impossible for a bike". Difficulty 5 means "A major struggle".

I got back to the car at about 15:30, which meant I did 60-odd caches in 5 hours, not bad, especially considering I wasted a lot of time on the two DNFs, and trudging over the loose earth is very slow.. So I had coffee, and lunch, and went out to collect the ones I'd failed on before. My first fail was converted into a find with the help I'd had from Spindlewood. The second one was an immediate find, Surely I'd looked there before? This one is a bit of a mystery; the log now has two entries, Spindlewood and me, but the cache page says it's had five finds.

I also picked up a cache from a series I'd done a while back, but missed one out, I can't remember why. So a total today of 61 caches.
Posted by drsolly at 20:19