I went south to Gosport today. I parked on a seafront car park, and cruised the bike down the esplanade doing the "Micro scooter" series, all of which I found except for bonus A. I went back at 9pm to  try it again after being given some information, but I spent another 40 minutes on it and still didn't find it.

After that series, I did "Gilbert Galore" which as been disabled because it had gone. It wasn't where it was supposed to be, but I got lucky and spotted it a fair distance away. From the toothmarks on the box, I'd guess that a dog was the culprit.

Then I visited an MOD area (open to the public) and found several caches there. Then I returned to the car via a different route, picking up a few more caches.

At the car, I had lunch, coffee, changed batteries, and set out again. This time I went through Stubbington, and picked up a long multi, a short multi, a puzzle and several trads. I finished up back at the car, and drove a short distance to the nearby Hampshire Event. I got there early and was wondering what to do, there being no caches nearby, but then I spotted a Chinese Takeaway, and I knew exactly what to do.

So after eating, I attended the event, met a bunch of people I've not seen before, and some I already knew, did a cache that was published today, got a helping hand about the bonus A, but I wasn't able to find it.

38 caches done today, and a humiliating number of DNFs.

This was carved from an oak tree that had died, and was the basis of one of the multis. 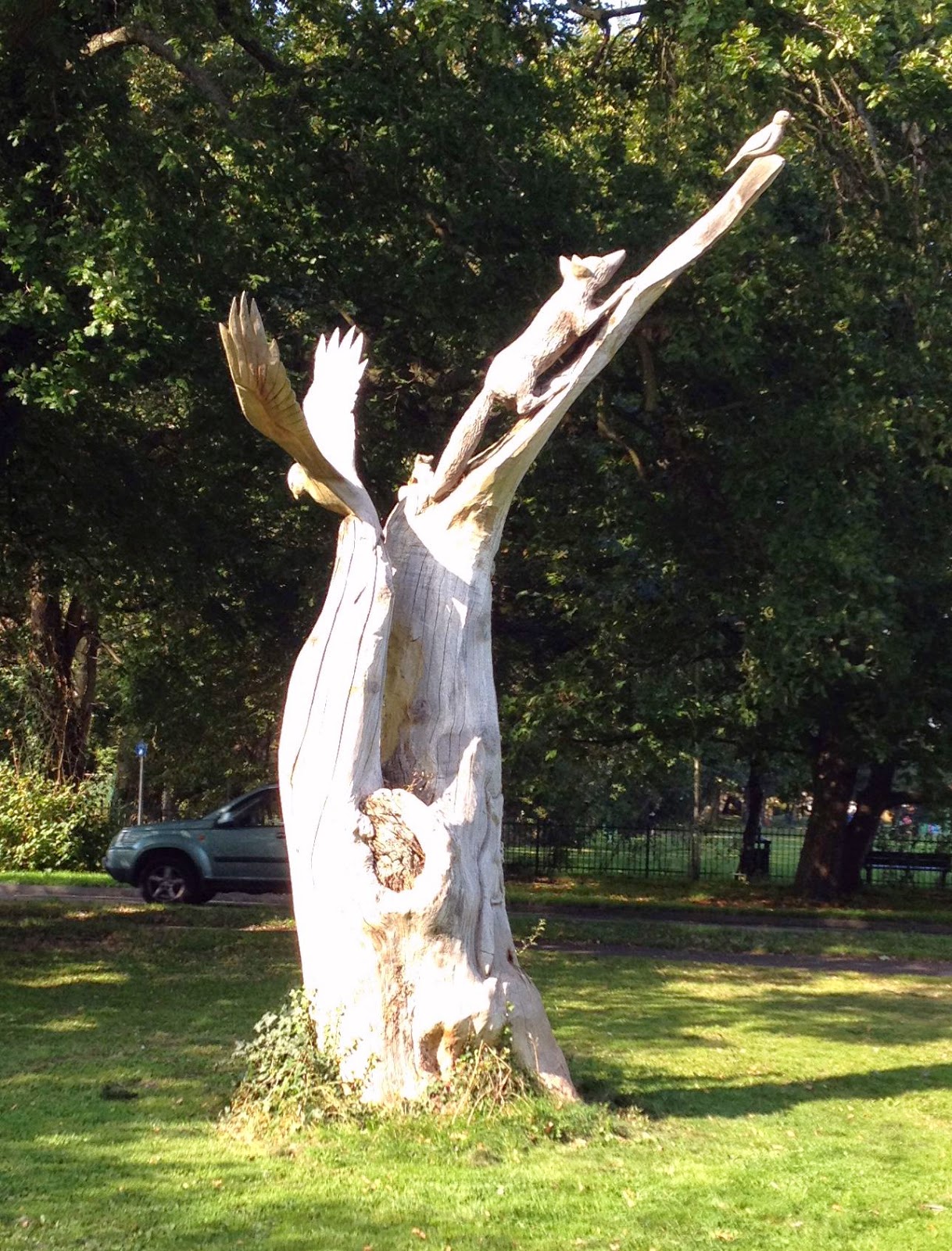