Romance is not dead!

It wasn't quite as hot today as it's been recently, so I went out caching. I did two circuits on the bike, and one on foot, plus a few extras on foot. It was hot and muggy. I'm trying to remember how I freeze in winter.

I got an excellent view of the Morlock transmitter. Yes, I know that isn't its real name, but to me it's the Laurel and Hardy pair. 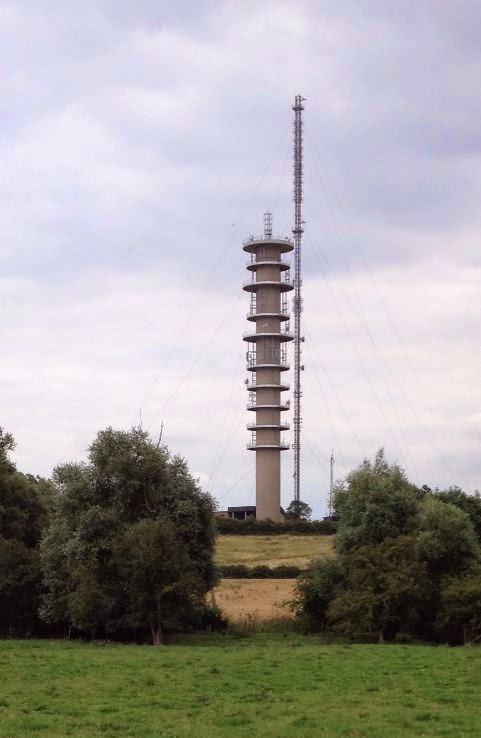 I took that while doing the "Yogurt Pot" series, which is notable for it's lack of yogurt pots. The other thing that made it notable, was when I got to the southern end of the track, I needed to climb over a style to get to the multi, but the stile was blocked by a snogging couple. That's not too remarkable, I often see courting pairs of muggles. What made this different, was that they weren't exactly young. I'd put the female at 60, maybe more, and the male likewise. And I think I'm being kind.

So I coughed quietly, and the male turned round and said "Oh! Where did you come from?" And me, being very much a literalist, interpreted that as meaning "Where did I come from" and I waved my hand and said "Just across the fields."

So I'm wondering, why would a married couple of my kind of age, be snogging several yards down a public footpath, where they're unlikely to be spotted? And the immediate answer that sprang to my suspicious mind was, "They're not married," which I quickly corrected to "They are married, but not to each other."

This was confirmed by what you see below. 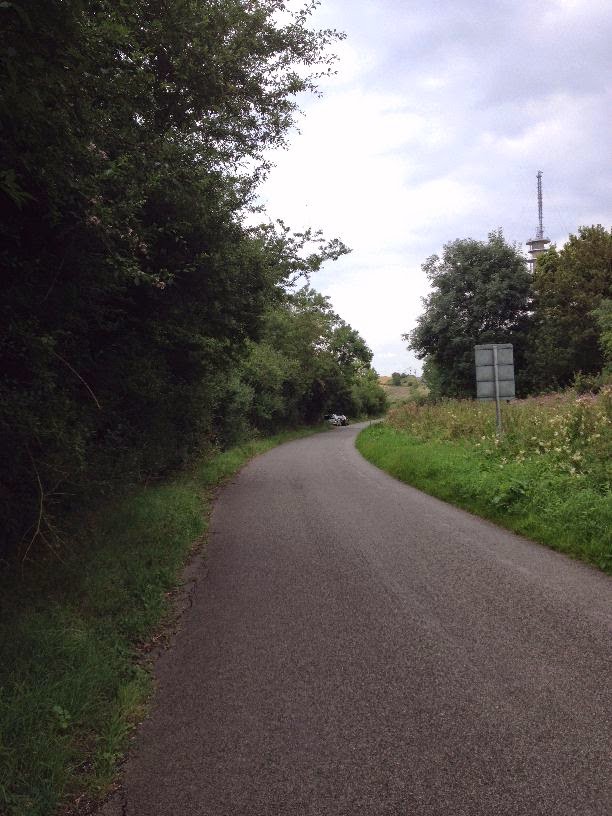 I took that picture from a long way away, for obvious reasons. You can see the Morpork Transmitter, and if you look carefully, you can see two cars. And I observed the male muggle getting into one of them, and the female into the other. So they've made this assignation in separate cars, and as I left, I saw that they were now both in the same car, but I didn't look to see what they were up to.

So there's hope of romance for all us oldies!