Today I went east, because the weather forecast looked a bit umpty around Northampton.

First, I did a series along a disused railway. I do like disused railways, you get a good surface and a level run. And I can sing "Chattanooga Choo Choo" as I trundle along.

One DNF there, but I got the bonus, and put a hard drive into it.

Then another short series along the same railway (but further north), then in to Witham to grab as many as I could there, including a nice 12-stage multi.

About halfway through my tour of Witham, I went over a major pothole, and the resulting BUMP loosened my back carrier, which supports the batteries. Fortunately, I was near the car at that point, so I was able to carefully get to the car, and then use the tools I had (and some spare bolts that I have in the car) to fix the carrier.

Here's what happens when you build a bench and you've lost your spirit level: 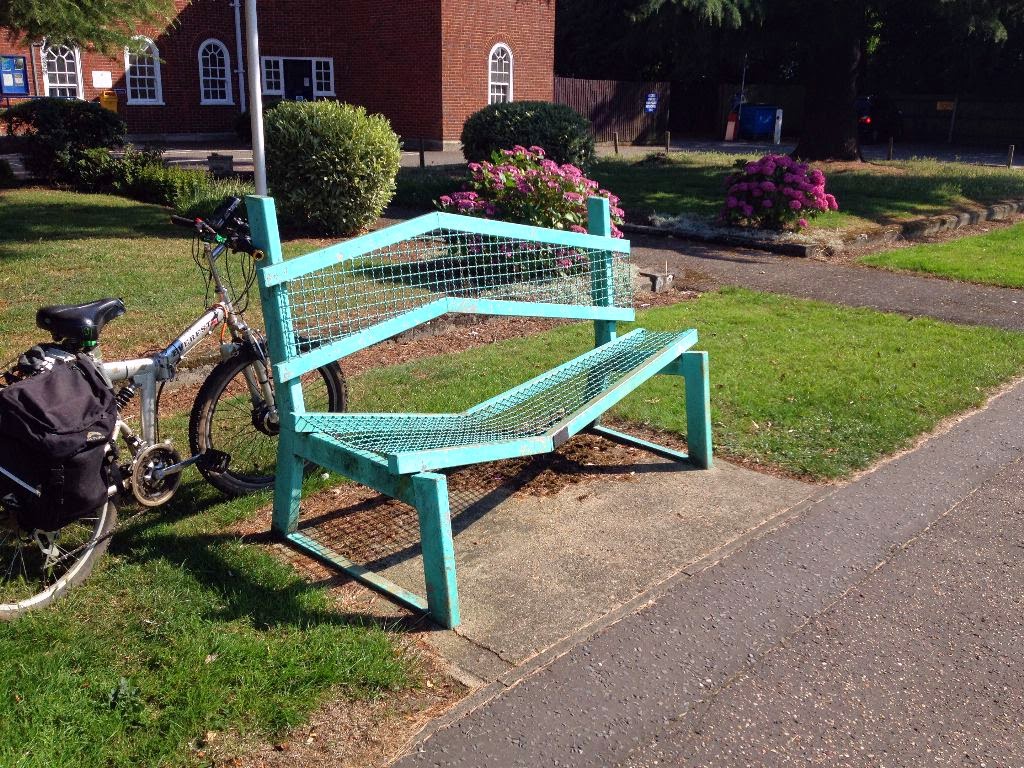 That's bike.3 in the background. I'm going to do some major maintenance on it tomorrow.