Today, I did "Stamford and back, and while I was in Stamford, I did four multis. I got back to the car at 3:30 for a late lunch, then out on the bike again for several more caches. 45 caches found today, two DNFs.

While I was out, I saw this castle. It's either under construction, or falling down. 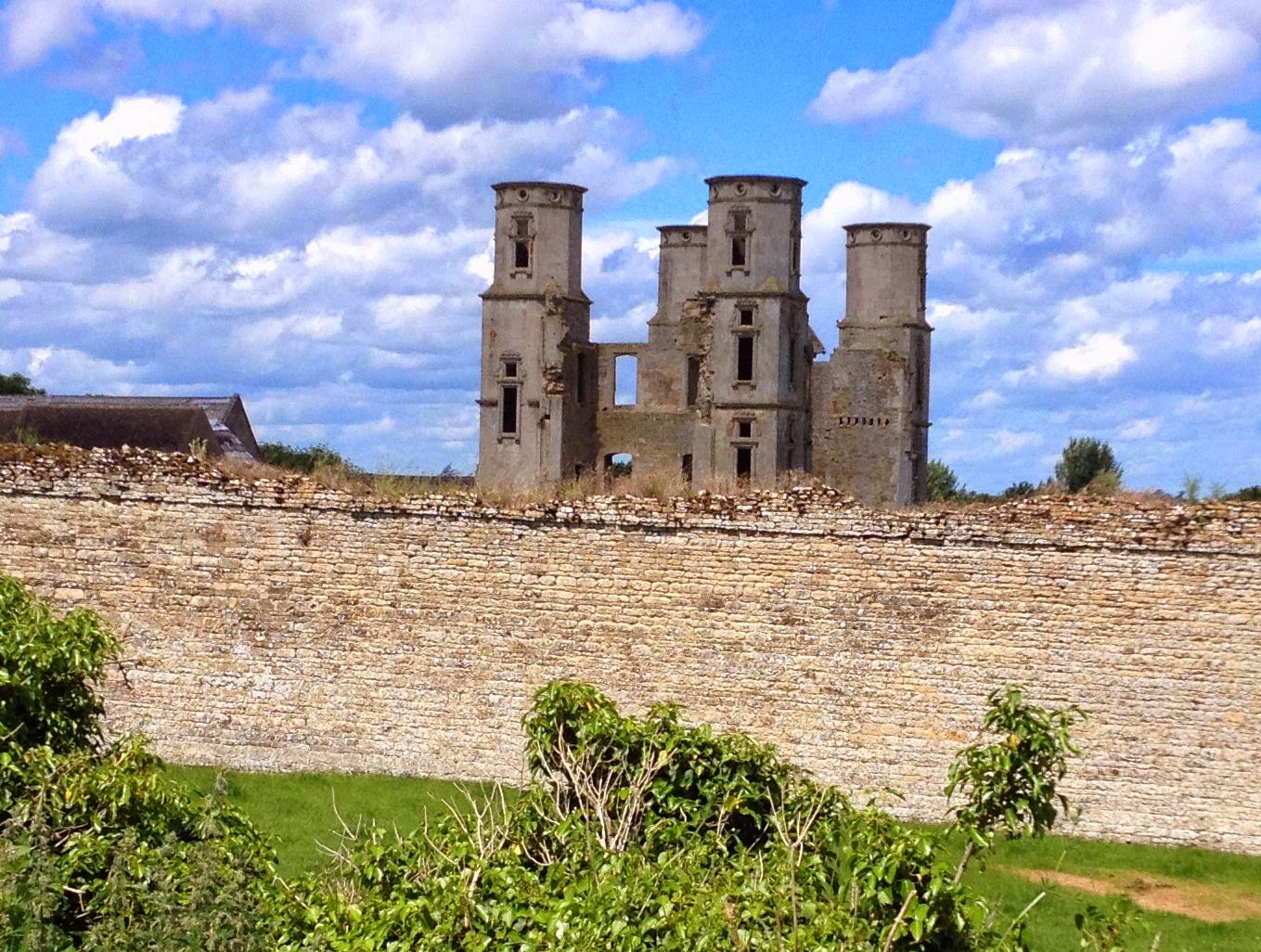 I used the new Hobbyking batteries for the first time today. They have a couple of minor drawbacks. One is that they're 8s, meaning 8 cells in series, meaning that if one of those 8 goes bad, the whole battery is useless. The other drawback I discovered when I went to charge it. Because the voltage had fallen to just under 28 volts, my charger thought it was a 7s, and I had to charge it up a bit before it would accept that it's an 8s.
Posted by drsolly at 20:44