I went south today, because the weather forecast was better that way than north. There's a big (80 caches) ring near Scaynes Hill; 80 is probably too many for me in one day, but it divides neatly into two parts, because there's a big road bisecting it. So I started at the north end near that road, followed the trail of caches until it led back to the same road, but 5km further south. Then I beetled up the road back to the car. I've used this tactic before.

This was the worst part. This tree was totally blocking the track. Getting past it on foot wouldn't have been too bad; getting past it with a bicycle was terrible. 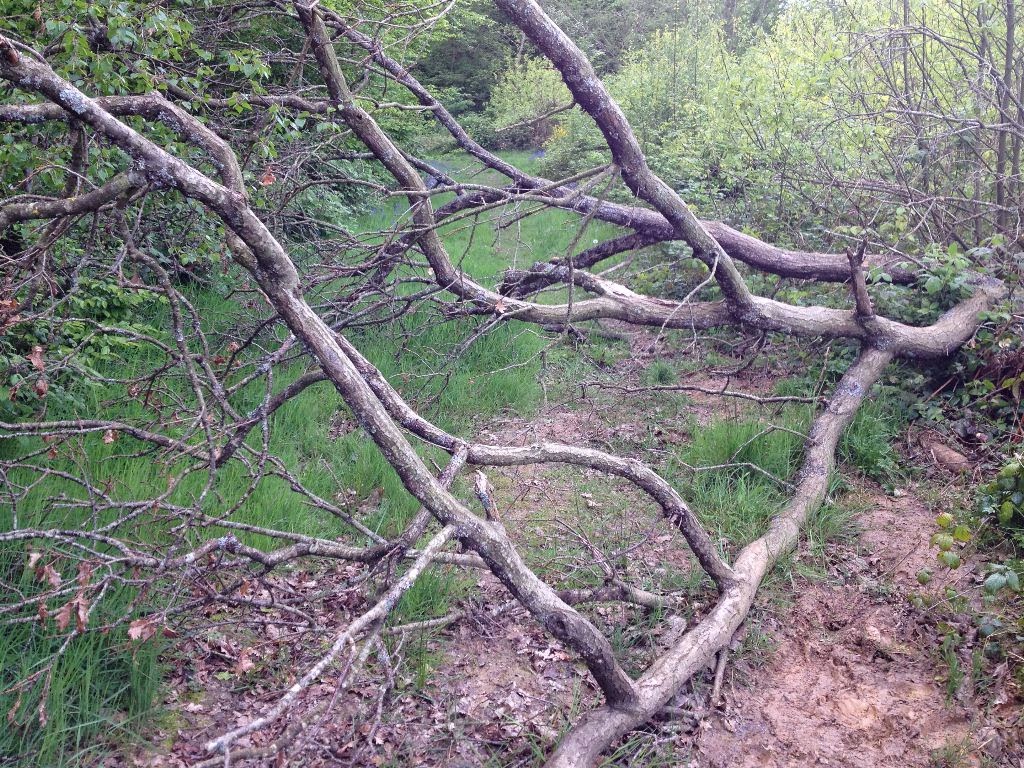 And just to make it worse, I subsequently discovered that I could have routed around it!

After I'd done that half-circuit, I did an extra cache on the meridian; it's a puzzle cache and you have to work out where it is. I tried to do it once before, but gave up because there isn't a public footpath to the cache. This time, I wore my Coat of Invisibility, and walked to the cache along a farm track.