A mega is an event where at least 1000 cachers gather; this one was in the Hop Farm Country Park in Kent. I was invited to give a talk; the topic I chose was "Electric bicycles", and I brought two to illustrate. Mistake. It turns out, that only a handful of people are interested.

I arrived an hour early with all my props, which was just as well because it was really difficult to find where I was supposed to be; I could find the Hop Farm, but the Mega? No signs. Eventually I found one of the organisers, and he took me to where the talk was going to be; it was in the pub nearby.  It was an L-shaped room, so half the room would be able to see me. No, microphone, no video screen. And I was doubtful about whether anyone would be able to find it - no signs.

I suggested to my hosts that it would be better to have the talks outside, so that's what we did, near where the registration was.

There were two talks, one by the cache reviewers, and mine. The venue people had advised that they be held at the same time. What? That's idiotic, and I told them so. It meant that people attending could go to one or the other.

After the talks (I did it twice), I went out caching with SimplyPaul, on foot. I'm not used to going on foot, and today I remember why I go biking! Then some food in the pub, and then we went out again to do a few more, on bikes.

That was when we saw this. 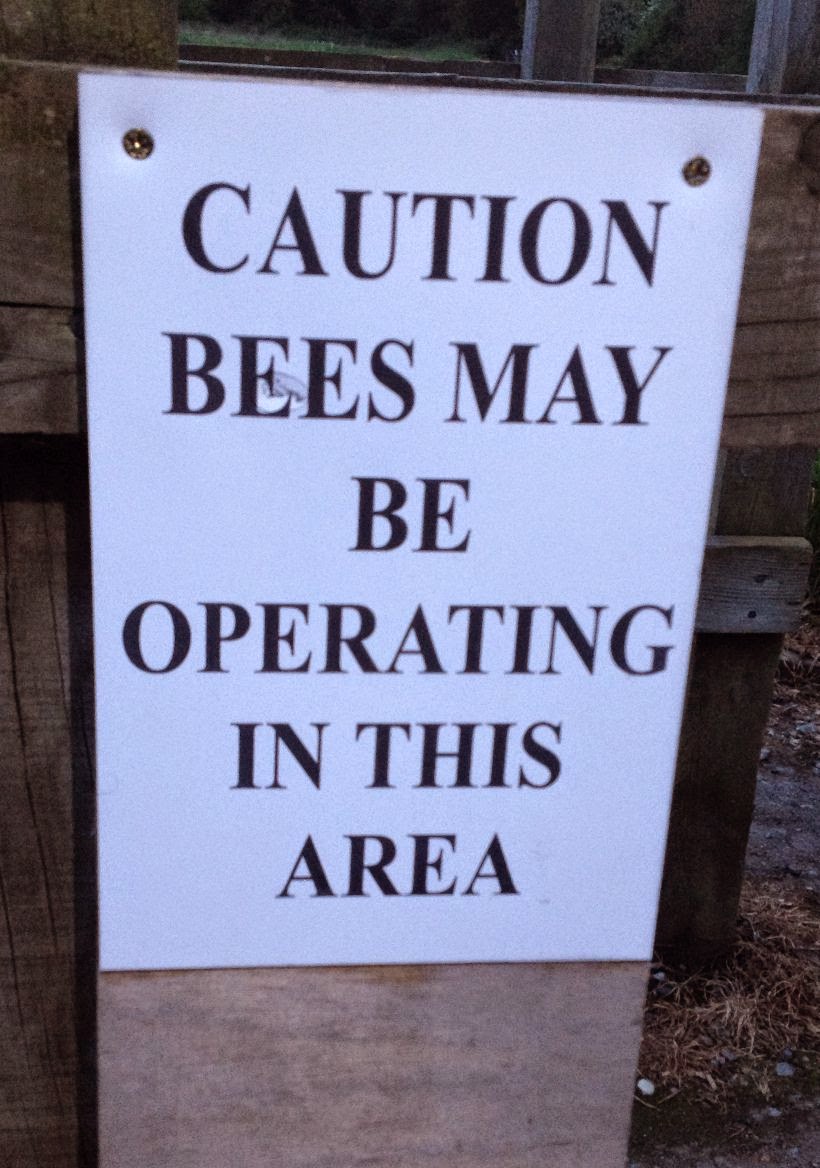 Bees? Operating? I asked Paul, "what are they operating, heavy machinery?" He explained that they're operating a sting.