Well, almost. I haven't put on the handlebar grips, they're on order.  I added the handlebar voltmeter/ammeter, and a speedometer.

I took it out for a test run. It felt a bit slow, sluggish. The ammeter on the handlebars revealed why; the controller is limiting the motor to ten amps. I have a controller on order that should allow more than twice that, which should add some pep to it.

Even so. The eight gears are excellent, and gear-changing is easy. I got up to 25 kph going up the slight hill in Doggetts Wood Lane, and 30 kph going down. I'd be happy with that speed, but I do want a bit more torque so that going along soggy ground with a bit of uphill, isn't such a slog.

I weighed the bike, including all the bits attached, but without batteries, and I got 42.5 pounds. That compares very favourably with bike.1 (my main mount right now) which is 58 pounds. When lifting over an obstacle, those 16 extra pounds feels like a lot.

The rear carrier easily takes my two largest saddlebags, and I've wired it up with an 8-wire ethernet cable; four wires are for the ammeter/voltmeter, and another two will carry a general-purpose five volt supply from the saddlebags to the handlebars, to power the PDA. And the last two wires will run from the horn button on the handlebars, to where the horn actually sites, which I'm thinking will be under the saddle. So when I sound the horn, people will think that I have a very fine fart.

And here's a picture of my new toolbag 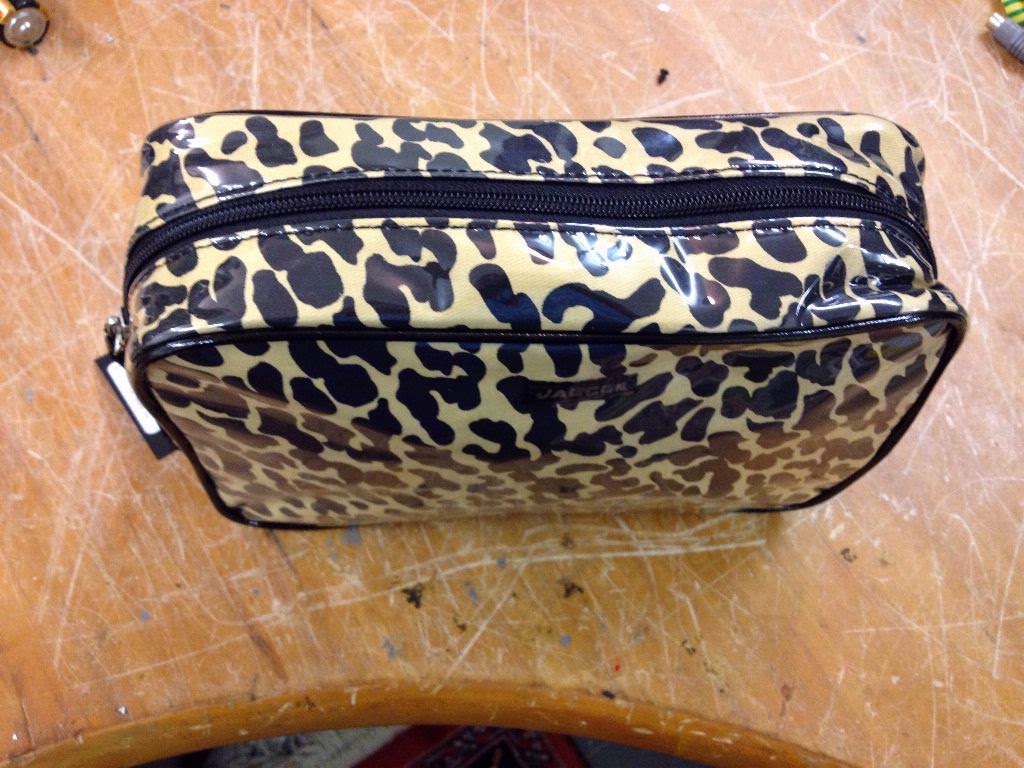 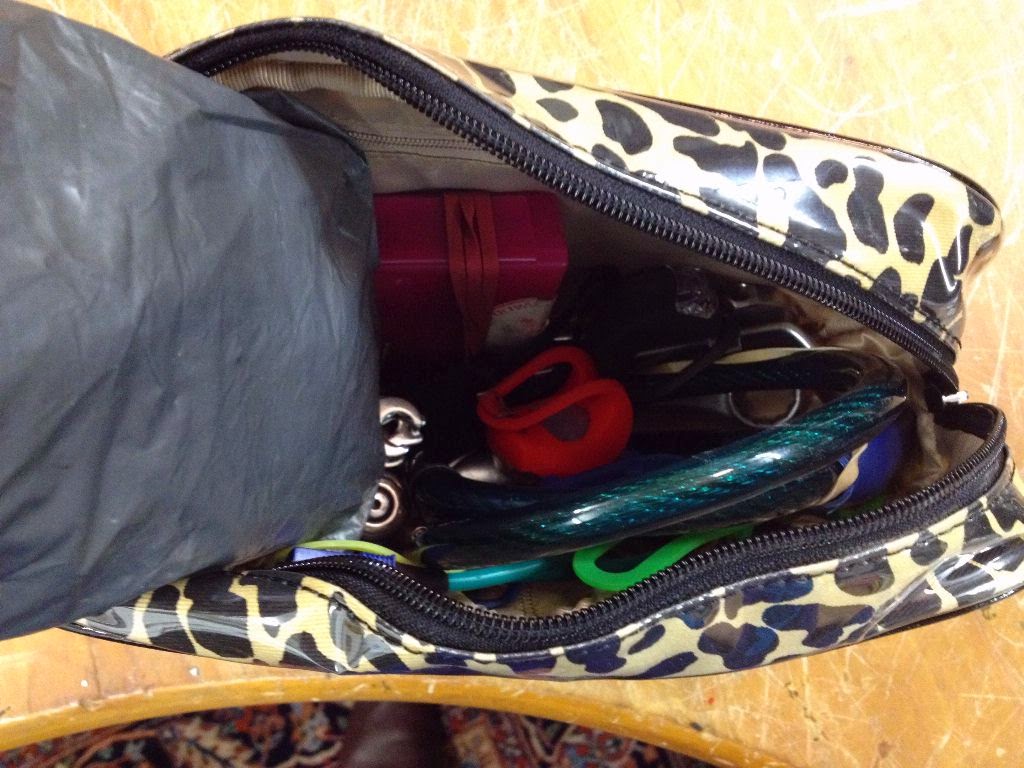 Tomorrow I'm going up to Cambridgeshire again, for my fourth (and probably last) bite of the Cambridge Cacheathon. Other people have done this over-200 cache series in one day, but I can't walk (or bike) that far. It isn't my feet or my thighs that give out, it's my back. I don't know why this is, and I don't think I've got a "bad back", because after a couple of days rest it's OK.
Posted by drsolly at 22:55