Drive harness for the bike

To drive the bike, I need 24 volts, or a bit more. But the batteries I'm using are 14.4 volts nominal (16.8 when fully charged). Here's how I deal with this, and at the same time solve a couple of other problems. 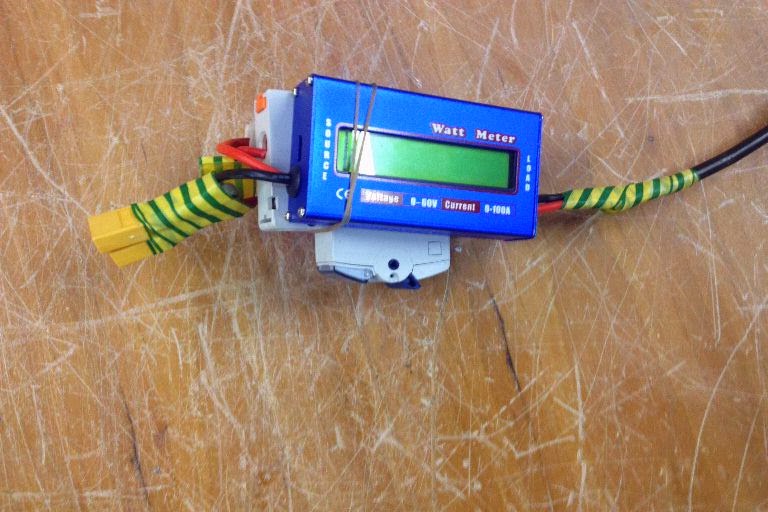 On the left you can see the two XT60 male plugs, that plug into XT60 females that are on each of the 14.4 volt batteries. The wiring puts them in series (giving 28.8 volts nominal). That then goes to a fuse - it's a car-type fuse (cost about £1) that should blow at 40 amps, and the maximum current I've seen being taken by the bike is 30 amps. 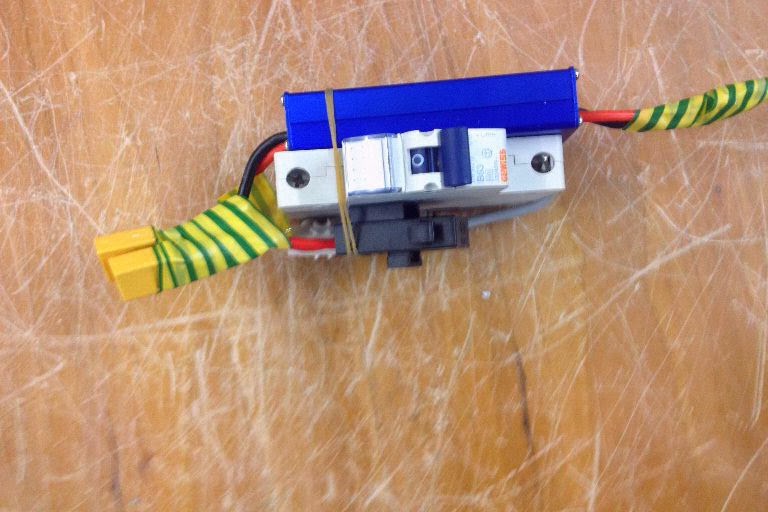 The fuse is the black item that you can see above. It's easy to access in case I need to change the fuse, and I carry a couple of spare fuses. That fuse then goes to a contact breaker - these are the same ones that are used in domestic electric wiring; this one is rated at 63 amps. It's another fail-safe (in addition to the fuse) but it also functions as an on-off switch, because I'm thinking that these breakers are built to cope with 240 volts, 63 amps, and I'm giving it 33 volts at most, and 30 amps. You can see the switch in the picture above. It cost me about £3 on Ebay, which I feel is cheap for a switch that is also a safeguard against short circuit.

Back view below. Fuse on top, then contact breaker, then the blue thing. 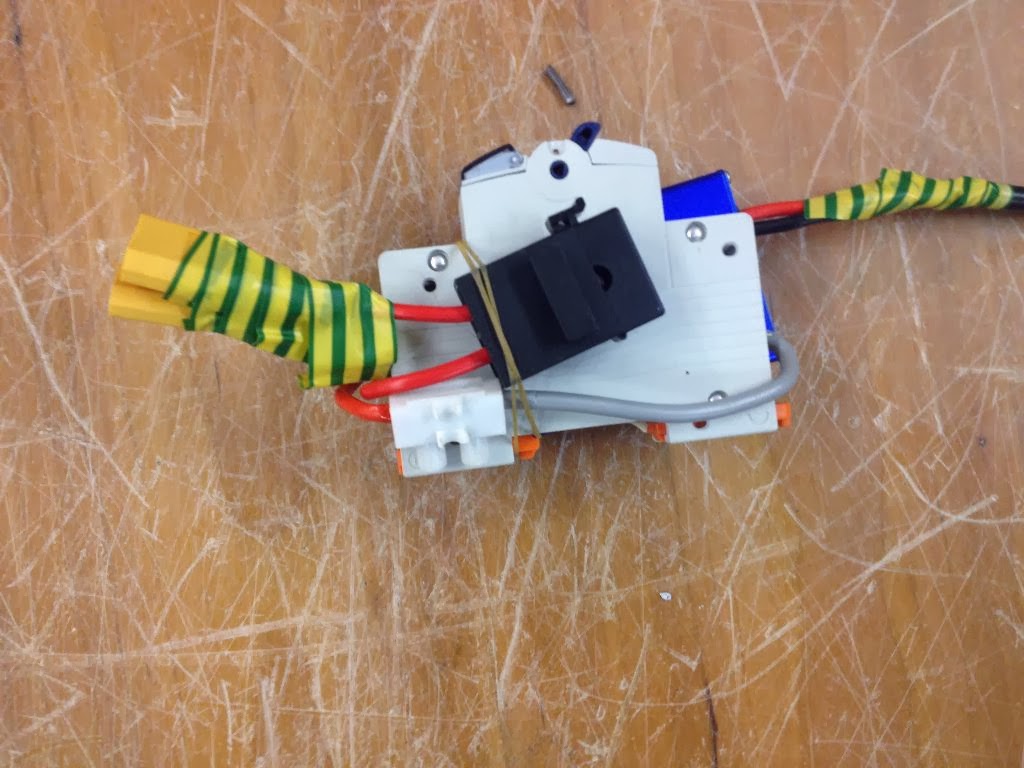 The blue thing is a wattmeter. It tells me the voltage of the battery-pair, the current and the power in watts. It also shows me the peak amps, which is why I know that the most current that the motor takes is 33 amps (and the peak watts, watts = volts X amps). And it tells me watt-hours (how much power has been pulled from the batteries since the start) and, very usefully, amp-hours.

The batteries I use are rated as 5 amp-hours. In practice, I seem to be getting 4.5 amp-hours. The difference will be partly measurement error, partly that I don't run the batteries down to the absolute minimum (because that's bad for their long-term life) and partly I think it reflects the fact that in this world, you usually get what you pay for, only perhaps a little less. I'm happy with 4.5. The important thing is to see how that changes over time, because batteries gradually lose their capacity, and when it's down to, say, 3  amp-hours, that's probably time to replace the batteries.