Biking round the fens

I had a long day today, and a good day. It's not about the numbers, it's about the adventureI did three circuits.

The first was in Chatteris, 20 caches plus three extras.There, I made a big mistake when I started - I aimed for the second cache, and I went along a footpath next to the drainage canal. That soon turned into four foot high grass, and the closest I got to the cache was 50 meters - I realised it was the wrong track. So then I tried another route, going in to some sort of industrial site. That wasn't useful either - I wound up about 20 meters from the cache. So then I went to where I should have gone in the first place if I'd aimed for the first cache - a disused railway, which is one of my favourites for cycling on.

The second route was Manea, another 20-odd caches.  One cache was about six feet away from a wedding. I leaned my bike against a wall on the other side of the road, and casually mingled with the wedding party, said "Mazeltov" to the bride. The were dressed to the nines; I looked like something the cat dragged in, wearing my mud-spattered jogging trousers and my camo coat which as the advantage of not showing just how filthy it is. And a biking helmet, of course. They probably thought I was an eccentric uncle.

I spotted the cache, it was six foot up in a sign. So I casually leaned on the sign, and casually yawned and stretched. Then, turned away, I opened the container, signed the log, put it all back together, and did another yawn and stretch to put it back. I thought of asking if they'd mind me taking a picture of them all, but I decided not to, that really would be chancing my arm. Damn - I should have done that. Group photo!

So I got back on my bike and pedalled away before they could ask me what was going on.

The third route was Doddington; only a dozen caches, but entirely on tracks that weren't shown on my map, so I had to navigate by guess. While I was there, I was treated to a display of parachuting, and halfway through the display, I biked over a big white cross on the ground ... yes, you guessed it, I was at Ground Zero. How do I get involved in these things?

So a total of 54 caches today, and a very good day out. Here's some things I saw. 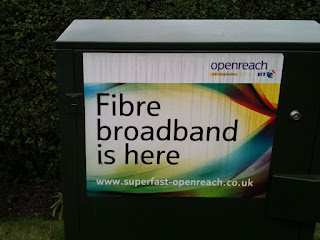 Lucky them. I wish we had it. 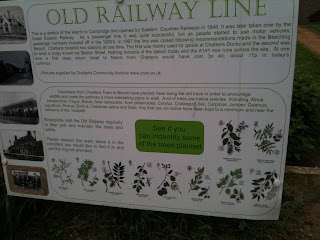 And finally, a field of peas. I love peas. And beans. 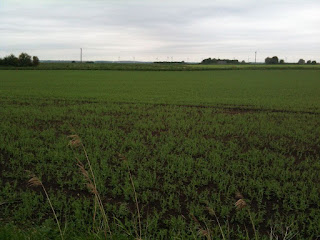