It's a while since I visited Littlehampton and a bunch of caches have sprung up, so I went there today. First, I stopped off just outside to pick up a puzzle I'd solved, then I went for a trad cache near a church. After searching for a while, I read the cache page, and discovered that although it was classified as a trad, it was actually a multi. So I trundled round the churchyard to pick up the info, then off to the final, whichI couldn't see. So I read the cache page again, and saw that the location I'd been sent to, was just another stage, and I now had to go 140 feet SSW. So I did that, and found the cache.

Then I parked in the outskirts, parked, got the bike out of the car and set off. I DNF'd the first cache, and on the way to the second I was chased by a large dog. I don't know if you've ever been chased by a dog while on a bike; the main problem is to avoid killing the stupid dog as it tries to run under your wheels. The owner, of course, looked fondly on, imagining that this is some sort of game. Yes, it is - Russian Roulette, with your dog as the possible loser. I managed to avoid killing the dog, and went on to find the cache.

I read in the newspaper toay about a jogger that was attacked by a fox. But what about the hunderds, maybe thousands of people who are attacked by dogs? Scarcely a mention.

I saw my first daffodil of the year today 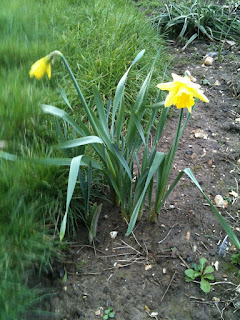 After that, no more disasters, and a successful trundle around Littlehampton, including the parts that seem to think they aren't Littlehampton. 34 caches found.

The sea looked too cold for swimming. 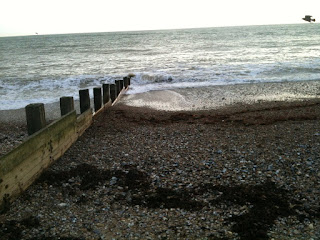 There's a cache in one of those posts.


My back hurts, but that's from biking all day. I think I've recovered from the strain I had. And the pump trolley has arrived! I've assembled it and used it to move the big heavy server back to the rack. It works a treat - I didn't need to do any lifting! I just wish the trolley wasn't so heavy ...

While I was out, I did some thinking about the Big Pi. OK - I've shown that it's possible, but what's the point? I think I'll replace the Pi with a conventional motherboard. It'll run faster, the cost isn't that different, mounting will be faster and the order that drives are recognised will be consistent.