I knew it was going to be cold today, and ladysolly wisely decided to stay indoors. So I put on six layers of clothing, including two sweaters, and went down to London for a trundle on the bike.

I parked just north of Camden - that far out, parking is free on a Sunday, and got ready. I wore an anti-cold pull-down hat under my crash helmet, I was bundled up, and I wore my sheepskin gloves.

And it was still cold.

I biked around, getting as far south as Soho; I wanted to do the London Invasion multi, with all the aliens, But there were a few I couldn't find, and when it got to 3pm, with my toes and nose protesting about being froze, I decided that I'd rather get back to the car while it's still light, and get back home to where it's warm. Another disadvantage of urban caching in the bitter cold, is the frequent need for toilet stops. It turns out that there are a lot more unofficial toilets in London than you might have thought. 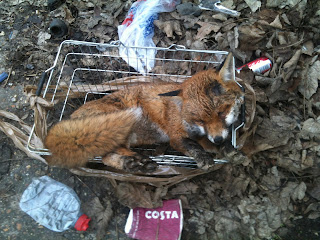 At first, I thought he'd just curled up for a snooze in a shopping basket, but when I got closer, I realised that this was a newly dead fox.

At Neal's Yard, there's a plaque. 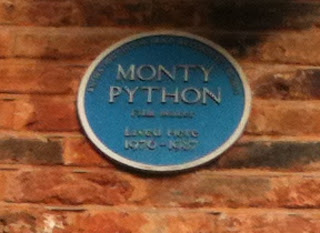 In an alleyway, I found this. 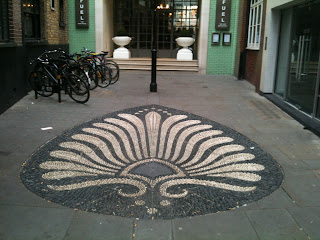 Here's a closer look at the inscription. 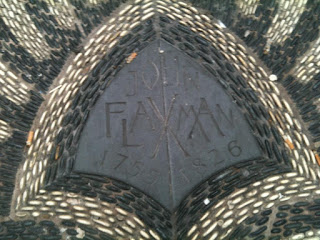 Here's the information about him

And on the way back to the car, I saw this: 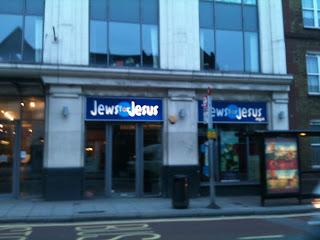 I always thought they were called "Christians"? But then I Wikipediad them, and it seems they're aiming to convert jews to christianity. Well, good luck to them, I say, but it's been tried before and it didn't work then.

So I got home just as it was getting dark, and now I'm quite toasty warm.