I saw the lions at Longleat

Last week, ladysolly, daughter.1, grandson.1 and myself were at Center Parc in Longleat. It's a sort of upmarket Butlins, and we had a very nice chalet. Daughter.2 didn't come - she had a bad experience once at a Center Parc (I had to rush out in the car to rescue her).

I had a very bad impression on arrival; as soon as we turned off the public road, we had to sit in a 30 minute car queue for check-in. Apparently, everyone arrives at the same time on one of two days, and they haven't worked out (or don't care) how to deal with that.

Eventually, we got through, and unloaded at the chalet. I immediately tried out the wifi, which is good enough. You only get 600 kbps, but that's enough for me to be able to check my servers, and I was very keen to do that because one very important customer-facing server had crashed twice in the last few days. I'd installed a remote power cycler, so at least if it crashed again, I'd be able to reboot it. After the second crash, I replaced the memory, because it was the sort of crash that made me suspect memory, and it hasn't crashed since.

While we were there, another customer-facing server crashed, but I was able to remotely power-cycle it and bring it back up.

I also used the web to look at Ebay. Before I'd left, I looked at my various laptops, and to my dismay, I found that two of the boxes that I'd thought were OK, have seriously failed, and are probably not worth repairing. On Ebay, I found that I could buy a 1920 by 1600 screen Dell for under £100 (I want a large screen because I mostly use it to run multiple terminals to my servers).

On day two, the wifi crashed. I asked at information, and they told me that on rainy days, everyone's trying to use it and it can only handle 400 people. That might sound a lot, until you remember that everyone's phone uses wifi and everyone has brought, and will be using, their phone. I told them that they ought to rethink their capacity. Rebooting fixed it, so maybe I was misinformed.

That evening, we ordered a takeaway curry which was delivered and was very nice.

On the first day after arriving, we visited Longleat. 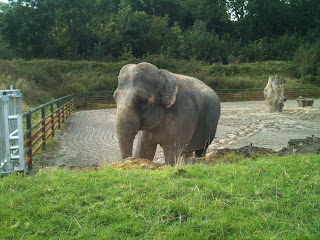 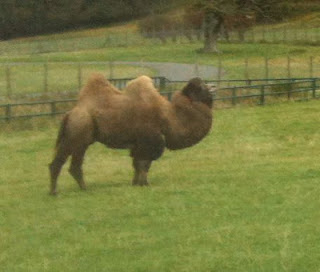 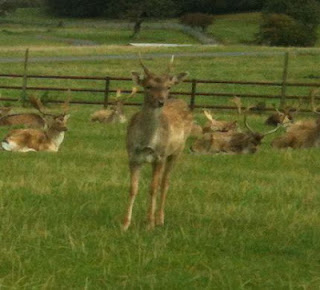 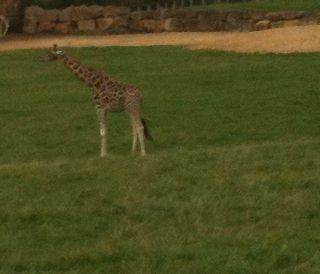 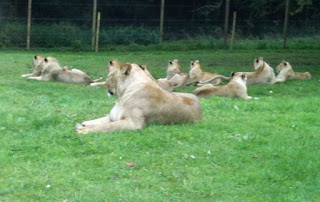 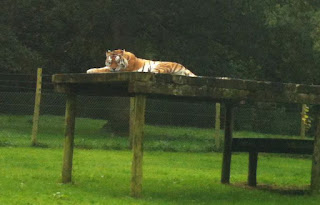 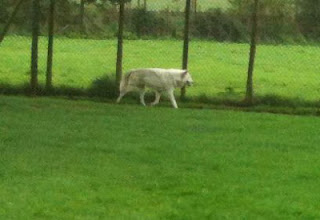 I won't tell you what they are, except that the elephant is called Anne. We didn't visit the monkeys, apparently they can make a real mess of your car, and daughter.1 didn't want her car trashed.

That evening, we ordered pizza which was delivered and was very nice. My large one was big enough to feed a family of 12.

The next day grandson.1 went for his football lesson, and the rest of us chilled out when we weren't running after him. We also picked up out bikes. Ladysolly can't ride a bike, she falls off, but I thought she'd be OK on a tricycle. 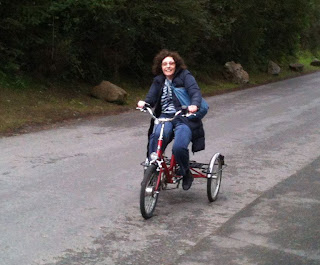 I was wrong. She hated it. That evening we ordered chinese, which wasn't as good as the curry or pizza.

On Thursday, grandson.1 went for "messy play", which, since his normal play is pretty messy, must be messy indeed. The rest of us chilled out. In the evening, we had the curry again.

If you're not getting around by bike (and the hills are pretty steep here), then you're walking ... and walking ... and walking. Everywhere is miles from anywhere else, the map is dumbed down to the point of uselessness and the "train" (it's really a bendy bus) is only once per 20 minutes, only goes one way round (so it you want to go the other way, you have a train trip of 30 minutes) and looks like this. 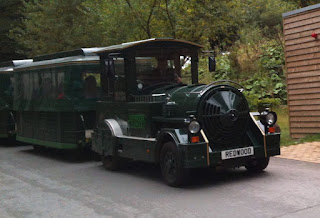 Everyone had a great time there (especially grandson.1) and we'll probably be going back some time, or maybe to a different Center Parc.