Hampstead Norreys and the badgers

Out on Wednesday with SimplyPaul in his new car. And what a car! The starter motor works, and the engine doesn't stall if you take your foot off the accelerator, a combination of problems that led to many difficulties with his old car.

So we loaded up the bikes and set off.

Then we turned round and came back, because I'd forgotten my bike helmet.

But then we set off. Clear blue skies, and a lovely day. We parked at the church near Compton, got the bikes out, and set off.

After a mile, the PDA holder on my bike fell apart (it had broken before, and was glued). So I biked back to the car to get a replacement, because doing 40 kilometers with a contraption made of elastic bands, would not have been good.

We got to Hampstead Norreys a lot later than I'd expected, on account of the false starts. but that meant we could have lunch (ham, eggs and chips) at the White Hart, one of the few pubs that gives its coords on the pub sign. 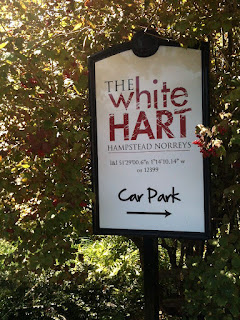 After lunch, we pressed on. The caches were all easy finds, so we made good time, but the inter-cache distances were a lot longer than on the circuit we did last week.

Along the way, we saw two dead badgers, a dead rat, a squashed hedgehog, and something dropped half a bird on us, narrowly missing Paul who had to swerve to avoid being dropped on.

We did the outer ring, and finished at 17:30. A quick cup of coffee and some restorative buns, and we went out again to try to finish while there was still light. We zoomed a few miles south, then did the caches we'd not covered so far, and got back to the car just as dusk was falling.

I fell off my bike once, but it was a very minor fall, I sort of crumpled as I hit the ground, which was thick grass. So no damage done.

The repaired battery #7 worked like a champion. I also gave batteries 1 and 5 a go, but they really are feeble, I think maybe it's time to retire them. And the bike speedometer was showing speeds up to 60 kph, including 3kph when stationary. So I think it's time to change the battery on that. I also tightened up the rear brake, which had become a bit loose.

More coffee, and supper, and then we did a bunch of drive-bys to finish the day.

Along the way, we saw these: 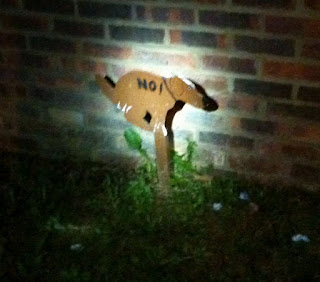 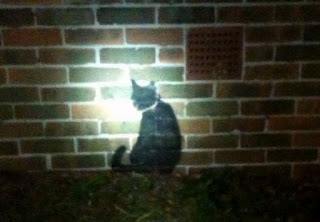 Back home by 11pm, for a very good day out. 70 caches done, and no DNFs. But we missed two of the Badger series, because they'd been disabled, and only replaced the same day we went out, so we didn't know about them.