I went up the A1M today. I had three circuits picked out, plus a puzzle cache.

When I arrived at the first location to get the bike out, it was a bit chilly, so I wore my coat, that's the first time this summer.

First a loop of 19 caches in Little Eversden, done on the Technobike, with a couple of extras on the way round. That's where I saw the Big Dish. 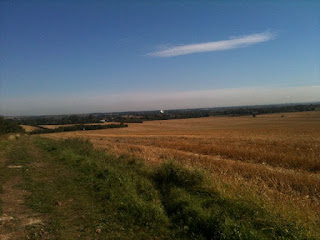 It's the white dot on the horizon.

I also saw this. 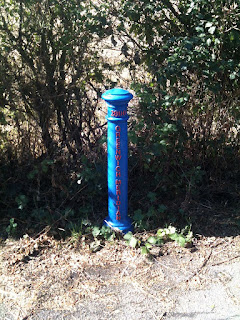 My GPS put it 100 yards from the meridian. Probably something to do with datums. Dati? What is the plural of datum, anyway?


Then the puzzle; found quickly. Then a few drive-by caches, one of which revealed a pleasant place to sit and have lunch.

And then the second loop. I decided to continue to use battery 7, since it had only done five kilometers today. 15-ish caches in Harlton. And some more dishes. 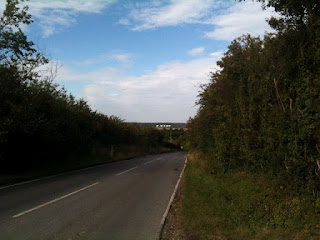 More white dots on the horizon.

And then the third loop, using battery 6, which included a rather fun multi, that was Haslingfield. And then I just dotted around some drive-by caches for a total of 68 caches.

Fine weather all day long; a very nice day out. And just when I was getting worried about where I'd fill up on petrol, I spotted a Tesco, which meant I could use the voucher they gave me, saving £3.

68 caches, no DNFs and no fall-off-bikes.