In the last few days, we've been in Saltash, Cornwall. Here's how it happened.

Daughter.1 told us that she'd been invited to a wedding in Cornwall, but couldn't see how she could go, on account of grandchild.1. I suggested that ladysolly and I look after grandchild.1, at which suggestion ladysolly bit my head off. She rightly pointed out that I was volunteering her to do this, and she didn't feel up for it.

There was a certain amount of toing and froing, from which I was excluded, on the grounds that I hadn't a clue which way was up, and eventually I was informed of the plan. And thus it was that on Thursday, ladysolly and I set off in the cachemobile for Saltash, picking up lunch at a Services and a cache along the way. In Saltash, we stayed at the China Fleet, which is, I think, a golf club with accomodation attached. Ladysolly and I stayed in a small flat, daughter.1 and her entourage (spouse.1 and grandchild.1) stayed in a rather larger flat, next door but two.

There was wifi, and the wifi was good. I have my servers set up in such a way that I can do pretty much everything I do from my usual office, provided I have my Dell laptop and wifi. The great thing about the Dell is that A) it runs linux and B) it has a 1600 by 1200 screen, even though it's an ancient box that cost me under £200. So I was able to keep up with my emails, and do the small amounts of maintenance that need doing from time to time.

You're probably wondering where daughter.2 was. She was "glamping" elsewhere, which is camping but with more comfort. Don't ask. When she reported back the words "living hell" were used.

So on Friday, we all went to Plymouth, wandered around a bit (three more caches) and visited the aquarium. Saturday was the day of the wedding; ladysolly and I (well, ladysolly did about 99% of it) looked after grandchild.1 while daughter.1 and spouse.1 had the first day off babycare since grandchild.1 appeared. 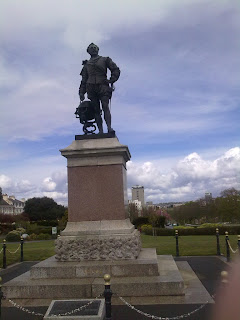 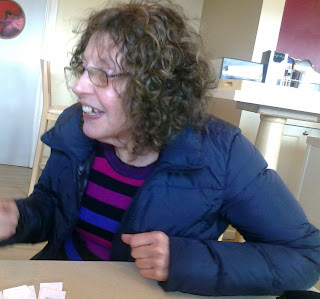 Not as big as the London Eye 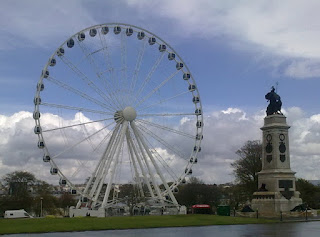 Sunday we went to Looe (four more caches) and I had quiche for lunch, out of contrariness (the menu was 98% Cornish Pasty), and a couple of hours later a clotted cream tea. Well, you can't go to Cornwall and not have a clotted cream tea. Sunday evening we watched Toy Story 3, and on Monday the rain (did I mention it spent most of these four days raining?) got really heavy, and accompanied us on the way home.

A good time was had by all, especially, I think, ladysolly, who is now ready and eager to take on grandchild.1 for further serious babysitting duty. They're talking about Center Parcs Longleat.