Out caching in Reading

On the bikes with SimplyPaul in reading today, for some easy and some very difficult caches. On the way to one cache, I saw this: 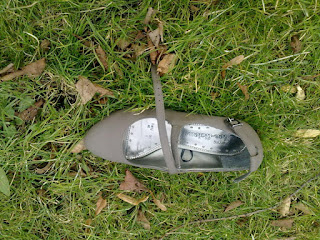 Imagine the sad story behind this lone shoe, and wonder how the ex-wearer got home.

But then something more cheerful. 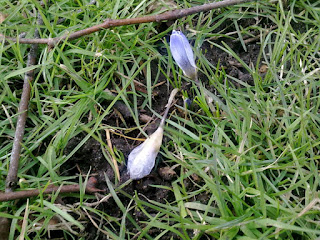 This is the first crocus I've seen this year. Admittedly it's a bit scrawny, but a crocus nonetheless.

And then something just mystifying. 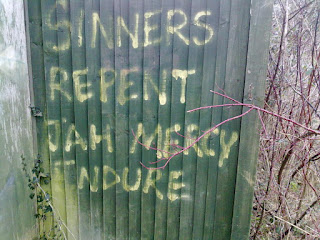 What does it mean? Does it really say "JAM"? Well, I found the cache a couple of yards away from it.

Then on to the Cunning Cacher's event, so called because it's held in the Swan. It used to be held in the "Cunning Man", but they didn't like getting so many well-behaved and high spending customers, so we were asked to move. Since it was the 5th anniversary of this event, it was a special and large one, and many of us had more beer than we were accustomed to. Well, I did, anyway, but since SimplyPaul was driving, I felt I could get a bit buzzed. 32 caches found today, and a really good day out.
Posted by drsolly at 16:01